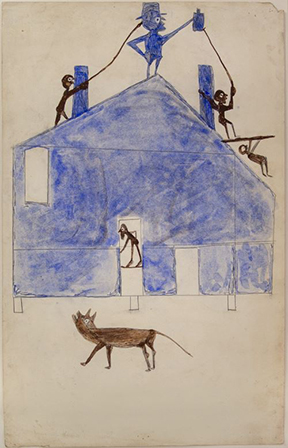 “Between Worlds: The Art of Bill Traylor” Opens Sept. 28 at the Smithsonian American Art Museum Exhibition Presents the First Major Retrospective of an Artist Born into Slavery Bill Traylor (ca. 1853–1949) is among the most important American artists of the 20th century. Born in antebellum Alabama, Traylor was an eyewitness […]

Irving Penn (1917-2009), known for his iconic fashion, portrait and still life images that appeared in Vogue magazine, ranks as one of the foremost photographers of the 20th century. “Irving Penn: Beyond Beauty,” the first retrospective of Penn’s work in nearly 20 years, will celebrate his legacy as a modern […]