As part of its ongoing and very popular 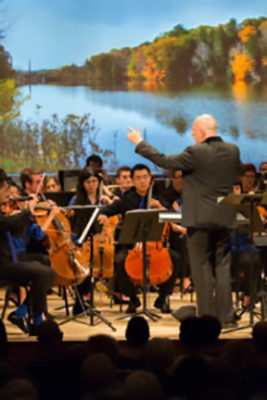 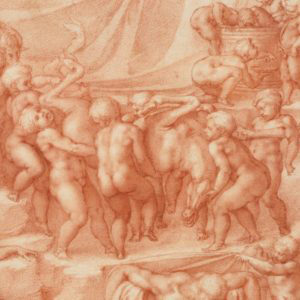 ” the second installment this season at The Metropolitan Museum of Art on Sunday, February 11. The program will present Shostakovich’s “Suite on Verses of Michelangelo’ in conjunction with the exhibition, “Michelangelo: Divine Draftsman and Designer,” on view at the museum until February 12, 2018. As with all Sight & Sound concerts, on-screen artworks are staged in a lively discussion alongside musical excerpts performed by the Orchestra, followed by a full performance and audience Q & A.

The Orchestra Now (TŌN) is a group of some 80 vibrant young musicians from more than 12 different countries around the globe, whose goal is to make orchestral music relevant to 21st-century audiences. They are lifting the curtain on the musicians’ experiences by sharing their unique personal insights in a welcoming environment. Hand-picked from hundreds of applicants from the world’s leading conservatories—including The Juilliard School, Shanghai Conservatory of Music, Royal Conservatory of Brussels, and the Curtis Institute of Music—the members of TŌN are not only rousing audiences with their critically acclaimed performances, but also enlightening curious minds by presenting on-stage introductions and demonstrations at concerts, offering program notes written from the musicians’ perspective, and connecting with patrons through one-on-one discussions during intermissions.

Conductor, educator, and music historian Leon Botstein founded TŌN in 2015 as a master’s degree program at Bard College, where he also serves as president. The Orchestra is in residence at Bard’s Richard B. Fisher Center for the Performing Arts, offering multiple concerts there each season as well as participating in the annual Bard Music Festival. The Orchestra also performs numerous concert series at major venues in New York, including Carnegie Hall, Lincoln Center, and The Metropolitan Museum of Art, as well as a schedule of free performances across New York City boroughs. TŌN has collaborated with many distinguished conductors, including Fabio Luisi, Neeme Järvi, Gerard Schwarz, and JoAnn Falletta.

For upcoming activities and more detailed information about the musicians, visit theorchestranow.org.

The “Sight and Sound” event will be held in the Grace Rainey Rogers Auditorium on Sunday, Feb 11, 2018 at 2 pm. For information, checkout www.metmuseum.org