After nearly going under and declaring bankruptcy a year ago, New York City’s beloved 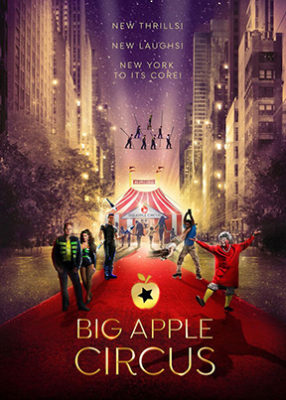 has returned to its tent in Damrosch Park, just behind Lincoln Center. The Big Apple circus is a classically small, one-ring circus in the European tradition.  This year’s run includes many familiar faces, such as clowns Joel Jeske and Barry (“Grandma”) Lubin. Ty McFarlane is the new ringmaster, formerly of Barnum & Bailey fame. The Fabulous Wallendas, from the famous family of high-wire daredevils, are performing amazing feats. There are horses, rescue dogs and ponies—but no endangered species forced to perform unnatural acts. The Big Apple is everything a circus should be—small, accessible and exciting.  New York City is celebrating the season with them until January 7, when they will take the show on the road. First stop: Alpharetta, Georgia, then Washington, D.C.—then towns to be determined—so stay tuned!(www.BigAppleCircus.com).