The great Leonard Bernstein was born 100 years ago this year—and celebrations of his life and work are being held around the globe. His home orchestra, the New York Philharmonic, is going all out with a series of major concerts. From the day he was pulled in to conduct for an ailing Bruno Walter, the love affair between Leonard Bernstein, the orchestra and the City of New York never faltered. Charismatic and brilliant, handsome and charming, he was genius personified. His conducting and composing, his astonishing range and grasp of his time and his place, will probably never be equaled.

From October 25-November 14, “Bernstein’s Philharmonic: A Centennial Festival,” celebrates the life and work of this musical genius. From his debut in 1943 until his final concert in 1989, he never failed to thrill and delight his audiences. During his decades as Music Director, Bernstein composed symphonies and serenades, preludes, fugues and musicals. His wonderful Young People’s Concerts turned generations of children into ardent music lovers.

The celebration continues in New York with a New Year’s Eve concert, “ 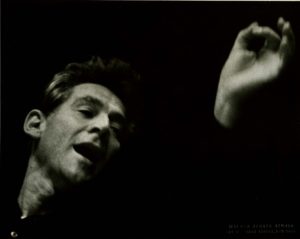 ” and a concert of  “Symphonic Dances from West Side Story” in February 2018.

To learn more about “Remembering Lenny” check out nyphil.org/bernstein.