G-Star School Ranked in Top 3% of All High Schools

The School’s graduation rate among the best in USA

Palm Springs, FL (April 26, 2017) – The accolades for the G-Star School of the Arts for Film, Animation and Performing Arts continue to grow.  The US News & World Report’s annual academic rankings of the best high schools in America once again include G-Star in the top 3% of the highest performing high schools in the nation.  This past school year G-Star’s graduation rate was 98.3% with 97% going on to college with its students having been accepted into such prestigious colleges and universities as Juilliard, Oxford University (England), NYU, West Point, Naval Academy at Annapolis, and all Florida Universities, to name a few.  This year four G-Star faculty Members, Mr. Suskin, Ms. Brown, Ms. Snedeker and Ms. Price, were honored with the award of “Highest Impact Teachers in Florida” by the Department of Education. 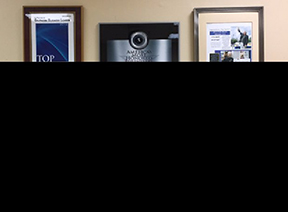 “It is an honor to be named one of the best high schools in America for the 7th time in a row,” states Greg Hauptner, the school’s Founder and CEO.  “This is a tribute to our hard working wonderful students and their families, and the dedicated and caring performance of our Principal, Kim Collins, our incredibly talented faculty and our entire administration and staff.”

G-Star School of the Arts for Film, Animation and Performing Arts has been given many awards over the years including some of its highest and most prestigious honors such as “The Top 5% of America’s Most Honored Businesses” award given by the American Registry of Best Businesses in America; “The Number One High School for Film in the World” by the Raindance Film Festival in London, Europe’s largest independent film festival; “Best High Schools in America” by the US News & World Report; and “America’s Most Challenging Schools (Top 1.2 %)” by the Washington Post.