Hauser & Wirth is pleased to announce exclusive worldwide representation of American artist Lorna Simpson, whose rigorous, critically acclaimed conceptual practice deploys photography, painting, and drawing to examine identity and notions of social, racial, and gender politics. Since the late 1980s, Simpson’s pioneering approach to photography has established her as a major figure in the medium. Over the course of three decades, she has likewise emerged as a central voice in a generation of American artists questioning constructed societal historical narratives and the performative crafting of identity. Simpson deftly examines the slippery nature of representation and meaning to reveal the ways in which larger forces of gender and culture impact the everyday in an enigmatic and profound art.

Hauser & Wirth’s first project with Simpson will be the presentation of a new cycle of paintings and sculpture in its booth at the Frieze New York fair in May 2017.

Marc Payot, Partner and Vice President of Hauser & Wirth, commented: ‘We are honored and delighted to welcome Lorna Simpson into the gallery’s family. Her rigor, her passion, and her incredible sensitivity produce not only extraordinary art but also an invitation to engage in a dialogue about identity that we are eager to share. To us, her superbly intellectual approach to a variety of media suggests a remarkable affinity with fellow gallery artists Roni Horn and Zoe Leonard, as well as Rashid Johnson, Mark Bradford, and others tackling complex issues of identity. We look forward to working closely with Lorna and sharing her vision and voice with a wide and diverse international audience.’

Born in Brooklyn NY in 1960, Simpson came to prominence in the 1980s with her pioneering approach to conceptual photography. Simpson’s early work – particularly her striking juxtapositions of text and staged images – raised questions about the nature of representation, identity, gender, race and history that continue to drive the artist’s expanding and multi-disciplinary practice today, with painting, drawing, and sculpture now subject to Simpson’s alchemy. She deftly explores her mediums’ umbilical relation to memory and history, both central themes within her work.

Simpson earned a BFA in photography from New York’s School of Visual Arts in 1983 and a MFA in Visual Arts from the University of California, San Diego in 1986. Studying on the West Coast in the mid 1980s, Simpson was part of a generation of artists who utilized conceptual approaches to undermine the credibility and apparent neutrality of language and images. Her most iconic works from this period depict African-American figures seen only from behind or in fragments. Photographed in a neutral studio space, the figures are tied neither to a specific place nor time. Drawing upon a long-standing interest in poetry and literature, the artist accompanies these images with her own fragmented text that is at times infused with suggestions of violence or trauma. These powerful works entangle viewers into an equivocal web of meaning: what is left unseen and unsaid is as important as that which the artist discloses.

Over the past 30 years, Simpson has continued to probe such questions while expanding her practice to encompass film and video, painting, drawing and sculpture. In the late 2000s, Simpson began to work with found photographs of largely African-American women sourced from auction sites of discarded Associated Press images, vintage Jet and Ebony magazines, and archives of anonymous portraits. Simpson re-enacts various scenes, playing both the female and male roles. Interspersing the new images alongside the vintage one in a single sprawling installation, Simpson skillfully threads together dichotomies of past and present, male and female, fact and fiction.

Simpson’s most recent works continue to draw upon her extensive collection of vintage magazines from the 1950s onwards, which the artist views as archives of American history. She juxtaposes appropriated images of women from the postwar era with AP photographs of natural elements, such as fire, ice, and water in compelling compositions that seem to teeter on the verge of disaster. The large-scale panels are shrouded in hazy washes of India ink and paint, further abstracting figures into a bewitching cloud of uncertainty.

Simpson’s work has been the subject of critical acclaim and has been widely exhibited, including at The Museum of Modern Art, New York NY; the Museum of Contemporary Art, Chicago IL; the Miami Art Museum, Miami FL; the Walker Art Center, Minneapolis MN; and the Irish Museum of Modern Art, Dublin, Ireland. She has participated in important international exhibitions such as the Hugo Boss Prize at the Guggenheim Museum, New York NY, Documenta XI in Kassel, Germany, and the 44th and 56th Venice Biennale, Venice, Italy; where she was the first African American woman to be shown in 1990. Simpson has been the subject of numerous articles, catalogue essays, and a monograph published by Phaidon Press. Her rst mid-career survey was exhibited at the Los Angeles Museum of Contemporary Art, the Miami Museum of Art, the Whitney Museum of American Art, and the Gibbes Museum in South Carolina with accompanying monograph published by the American Federation of the Arts, New York NY, and the Whitney Museum of American Art, New York NY. In 2013, her works on paper were the subject of an exhibition at the Aspen Art Museum with accompanying catalogue, ‘Lorna Simpson Works on Paper.’ A survey retrospective, accompanied by a monograph, ‘Lorna Simpson’ published by Prestel Press, New York NY, premiered in 2013 at the Jeu de Paume, Paris, France, and traveled to the Haus der Kunst, Munich, Germany, and in 2014 to The BALTIC Centre for Contemporary Art, Gateshead, England and the Addison Gallery of American Art, Andover, MA. A new body of work recently premiered in a solo exhibition at the Modern Art Museum of Fort Worth, Fort Worth TX in November 2016. 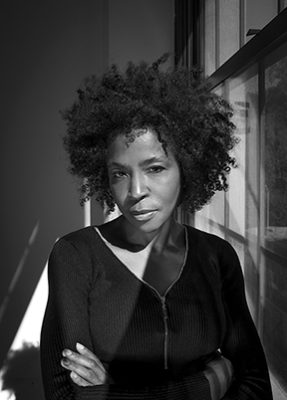