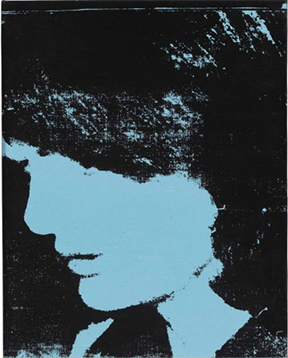 A central aspiration of portraiture is to capture a subject’s essence: its intrinsic nature or indispensable quality, its je ne sais quois. The language of this endeavor—to capture an essence—immediately evokes a charged power dynamic between artist, subject and, indeed, viewer. There is an aspect of taking over, being absorbed, then re-embodied. Portraiture has its roots in the overtly political, originally reserved as a tool to immortalize the wealthy political elite. The politics of portraiture today are far more variegated, drawing lines between the deeply personal, mass-produced, gestural and appropriated. From Velasquez and Rembrandt to Katz and Condo, the history of portraiture is rich with reinterpretations and reactions to or against, as artists have migrated between abstraction and representation, spirituality and cynicism. A portrait might embody and relay a certain narrative about the sitter, or in Peyton’s case, the relationship between artist and sitter. A portrait might be darkly psychological, as with Freud’s fraught figures; expressively off-kilter, as with Chantal Joffe’s disproportionate, listless subjects, or it might flatten and modularize a figure into something readily consumable, as with Lichtenstein. Whatever the approach, this diverse group of artists undertakes an expansive survey of what a portrait can be.