Art Boca Raton 2017 – the  contemporary art fair from the organizers of Art Palm Beach – will showcase an impressive roster of international galleries exhibiting some of the  best modern, contemporary, emerging, and modern art from the 20th and 21st centuries. Works by 20th and 21st century modern masters; Katz, Botero, Valdes, Paleaz, & Chagall will be on exhibited at the Art Boca Raton March 16 – 19. The Fairs second edition will launch on March 15 with a Vernissage to benefit The Boca Raton Museum of Art held in the center of Boca Raton on the campus of Florida Atlantic University (FAU) . The second edition promises to surpass the first, as the arts community of creatives and art lovers eagerly awaits it.

Art Boca Raton will be open to the public March 16-19, 2017 and will be held in the International Pavilion of the Palm Beaches on the campus of Florida Atlantic University in the heart of Boca Raton. Showcasing contemporary, modern and emerging art, sculpture, photography, works on paper and installations, the fair will offer a broad range of art to both beginning and seasoned collectors. Art Boca Raton will encompass 45-50 dealers carefully selected by a curatorial committee in order to assure dealer quality and exclusivity.

In conjunction with Art Boca Raton, the Boca Raton Museum of Art is hosting lectures at the fair and “After Dark” evening events of art, music, performance and wine at the Museum each evening from 6 to 8 p.m. Exhibitions on view include: Glasstress Boca Raton; Mediterrenea: American Art from the Graham D. Williford Collection; Salvatore Meo and the Poetics of Assemblage; Making Connections: Selected Works from the Boca Museum and Private Collections.

“The success of Art Boca Raton last year bodes well for the excitement it will again bring to our city.  We welcome the gallerists and collectors and the esprit de corps that comes when we join together to celebrate the arts,” said Irvin Lippman, Executive Director of the Boca Raton Museum of Art.

The International Pavilion of the Palm Beaches will include a 65,000 sq. ft. /6100 sq. meter exhibition hall, restaurant, sculpture garden and lecture hall facility. Ample parking and valet service will be available to fair attendees. 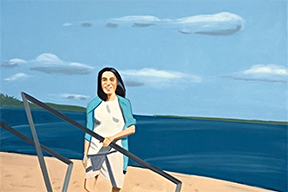