US Premiere of Celephaïs by Guillaume Connesson,
ONL Associate Composer 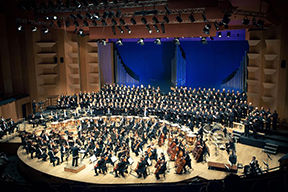 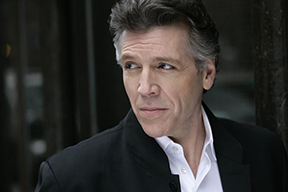 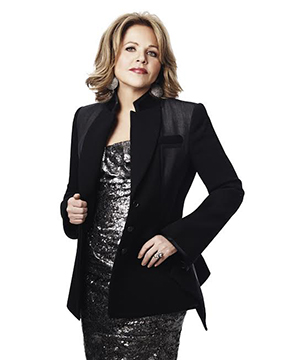 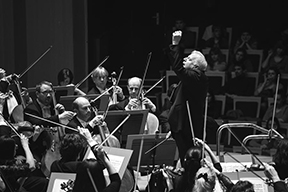 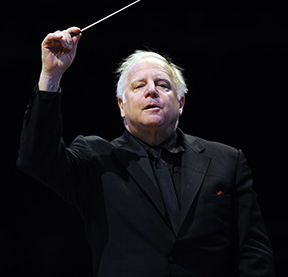 Beginning February 18, the Orchestre National de Lyon,“probably the most refined ensemble of the world” (The Guardian),  tours the United States for the first time since 2003, playing concerts with music director Leonard Slatkin on a six-city tour.  The Orchestra performs in renowned venues such as Carnegie Hall, New Jersey Performing Arts Center, and at the University of Georgia, Wake Forest University, and others. Special guest artists at Carnegie Hall include two of classical music’s most treasured American voices, soprano Renée Fleming and baritone Thomas Hampson.  The New York program will feature debut performances of Guillaume Connesson’s Celephaïs and a new Ravel arrangement of Rimsky-Korsakov’s Antar with text by Amin Maalouf.

The programs predominantly feature music of French composers, namely Berlioz and Ravel, whom the Orchestra performs and records extensively.  At Carnegie Hall, the program opens with a reconstructed version of Ravel’s incidental music to Antar, after works by Rimsky-Korsakov.  The ONL has pioneered what is essentially a new work, after commissioning French-Lebanese writer, Amin Maalouf, to compose a contemporary text to add new dimension to the music.  Mr. Maalouf, whose work has included the libretti for four of Kaija Saariaho’s operas, collaborated closely with Maestro Leonard Slatkin to create a libretto with narrator (Thomas Hampson). The text is declaimed during and in between the musical movements.  This inventive version of music and text premiered in France in 2014; an English translation by Matthew Hurt and Sarah Vermande makes its debut at Carnegie Hall on February 20.

The program continues with the United States premiere of Celephaïs by Guillaume Connesson, the Orchestre National de Lyon’s Associate Composer, a title shared with John Adams.  Inspired by much of the music of his countrymen, Berlioz, Debussy, Ravel, and Dutilleux, French musicologist François-Gildas Tual describes Celephaïs, which is based on a story from American fantasy writer, H.P. Lovecraft: “Of the many cities that we discover in the romantic mythology of H. P. Lovecraft (1890-1937), Celephaïs is perhaps the most enchanting and heavenly,” he states. “Guillaume Connesson’s orchestral piece is structured as a voyage to an imaginary city, with five sections linked together as a symphonic poem. The bronze is depicted by grand implacable chords, the onyx by a widening of the sound world, the shimmering turquoise by brilliance in the winds and the transparency of crystal by the strings who play in harmonics either arco (with bows) or pizzicato (plucked strings). To unify the work, Guillaume Connesson uses the same theme throughout, although it is presented in full in ‘Entry into the City with Onyx Streets’ but already alluded to in ‘The Bronze Gates’.”

Celephaïs was commissioned by the Orchestre National de Lyon and the Nederlands Philharmonisch Orkest.

Renée Fleming joins the ONL with Ravel’s Shéhérazade, named for the heroine in the famous Arabian fable, One Thousand and One Nights.  The concert concludes withDaphnis et Chloé, which the ONL recorded with Slatkin just released on Naxos in January 2017.  “Many consider Daphnis et Chloé to be Ravel’s masterpiece, but that can be said of so many of this composer’s works,” states Slatkin. “However, Daphnis stands as the exemplar of orchestral writing during the early part of the twentieth century. With its exotic story, incredible orchestration and concise musical ideas, this work is a joy from start to finish.”  In Slatkin’s tenure as music director of Orchestre National de Lyon, the seven-time Grammy Award winner (and 64-time nominee) has led the ensemble in nearly a dozen recordings, with forthcoming projects planned.

Leonard Slatkin, Music Director
Internationally acclaimed conductor Leonard Slatkin is Music Director of the Detroit Symphony Orchestra (DSO) and the Orchestre National de Lyon (ONL). He also maintains a rigorous schedule of guest conducting and is active as a composer, author, and educator.

Highlights of the 2015-16 season included a three-week Brahms festival in Detroit; engagements with the St. Louis Symphony, Pittsburgh Symphony, Los Angeles Philharmonic, and NHK Symphony in Tokyo; and debuts with Beijing’s China Philharmonic Orchestra and the Shanghai Symphony Orchestra. Summer events included a tour of Japan with the ONL and performances of Barber’s Vanessa in Santa Fe.

During the 2016-17 season—in addition to his regular duties in Detroit and Lyon—he will return to St. Louis; tour the U.S. and Europe with the ONL; conduct overseas with the WDR Symphony Orchestra Cologne, Verdi Orchestra in Milan, and San Carlo Theatre Orchestra in Naples; and serve as chairman of the jury and conductor of the 2017 Cliburn Competition.

Slatkin’s more than 100 recordings have garnered seven Grammy awards and 64 nominations. His recent Naxos recordings include works by Saint-Saëns, Ravel, and Berlioz (with the ONL) and music by Copland, Rachmaninov, Borzova, McTee, and John Williams (with the DSO). In addition, he has recorded the complete Brahms, Beethoven and Tchaikovsky symphonies with the DSO (available online as digital downloads).

A recipient of the prestigious National Medal of Arts, Slatkin also holds the rank of Chevalier in the French Legion of Honor. He has received Austria’s Decoration of Honor in Silver, the League of American Orchestras’ Gold Baton Award, and the 2013 ASCAP Deems Taylor Special Recognition Award for his book, Conducting Business.

Slatkin has conducted virtually all of the leading orchestras in the world. As Music Director, he has held posts with the New Orleans, St. Louis, and National symphony orchestras, and he was Chief Conductor of the BBC Symphony Orchestra. He has served as Principal Guest Conductor of London’s Philharmonia and Royal Philharmonic, the Pittsburgh Symphony Orchestra, the Los Angeles Philharmonic at the Hollywood Bowl, and the Minnesota Orchestra. For more information, visit leonardslatkin.com.

Thomas Hampson, baritone
Thomas Hampson, America’s foremost baritone, has received many honors and awards for his probing artistry and cultural leadership. Honored as a Metropolitan Opera Guild “Met Mastersinger” and inducted into both the American Academy of Arts and Sciences and Gramophone’s 2013 “Hall of Fame,” Hampson is one of the most respected and innovative musicians of our time. Comprising more than 170 albums, his discography includes winners of a Grammy Award, 5 Edison Awards and the Grand Prix du Disque. He received the 2009 Distinguished Artistic Leadership Award from the Atlantic Council in Washington, DC, and was appointed the New York Philharmonic’s first Artist-in-Residence. In 2010 he was honored with a Living Legend Award by the Library of Congress, where he has served as Special Advisor to the Study and Performance of Music in America. Furthermore, he received the famed Concertgebouw Prize, and was named ECHO Klassik’s “Singer of the Year” in 2011 for the fourth time in 20 years.

Hampson was made honorary professor at the Faculty of Philosophy of the University of Heidelberg and holds honorary doctorates from Manhattan School of Music, New England Conservatory, Whitworth College and San Francisco Conservatory, as well as being an honorary member of London’s Royal Academy of Music. He carries the titles of Kammersänger of the Vienna State Opera and Commandeur dans l’Ordre des Arts et des Lettres of the Republic of France, and was awarded the Austrian Medal of Honor in Arts and Sciences. Thomas Hampson enjoys a singular international career as an opera singer, recording artist and “ambassador of song,” maintaining an active interest in research, education, musical outreach and technology. Through the Hampsong Foundation, which he founded in 2003, he employs the art of song to promote intercultural dialogue and understanding. http://thomashampson.com/

Reneé Fleming, soprano
Reneé Fleming is one of the most acclaimed singers of our time.  In 2013 President Obama awarded her America’s highest honor for an artist, the National Medal of Arts.  She brought her voice to a vast new audience in 2014, as the first classical artist ever to sing the National Anthem at the Super Bowl.  Winner of the 2013 Grammy Award (her fourth) for Best Classical Vocal Solo, Ms. Fleming has sung for momentous occasions from the Nobel Peace Prize ceremony to the Diamond Jubilee Concert for Queen Elizabeth II at Buckingham Palace.  She has hosted a wide variety of television and radio broadcasts, including the Metropolitan Opera’s Live in HD series, and Live from Lincoln Center.

Her 2016-17 tour schedule includes concerts in San Francisco, Toronto, Boston, Budapest, Paris, Madrid, and Tokyo.  The season also includes performances as the Marschallin in a new production of Strauss’ Der Rosenkavalier at the Royal Opera, Covent Garden and the Metropolitan Opera.

In 2016 Ms. Fleming was appointed artistic advisor-at-large for the John F. Kennedy Center for the Performing Arts.  Since 2010, she has been the creative consultant at Lyric Opera of Chicago.  Among her awards are the Fulbright Lifetime Achievement Medal, Germany’s Cross of the Order of Merit, and France’s Chevalier de la Légion d’Honneur.  She is currently a member of the Board of Trustees of the Carnegie Hall Corporation, the Artistic Advisory Board of the Polyphony Foundation, and the Board of Sing for Hope.  www.reneefleming.com

Guillaume Connesson, associate composer
Guillaume Connesson has emerged as one of the more promising voices of the younger generation of French composers. He has won a number of prizes for his compositions, including the Nadia and Lili Boulanger Prize in 1999. His style has been described as highly individual in its generally accessible language, having hints of Ravel, Messiaen, Stravinsky, and others. Among his most successful works are Supernova for orchestra and Techno-Parade for flute, clarinet and piano.

Connesson was born in the Paris suburb of Boulogne-Billancourt in 1970. He took piano lessons in his youth and became quite accomplished on the instrument early on. Later he enrolled at the CNR (Conservatoire National de Région) in Boulogne-Billancourt, where he studied piano and choral music. More advanced study came at the CNSM (Conservatoire national supérieur de musique) in Paris, where he studied composition and orchestration. Among his most important teachers have been composer Marcel Landowski, conductor/pedagogue Dominique Rouits and composer/conductor Alain Louvier.

In 1969, following an initiative by the Lyon authorities and on the occasion of the establishment of regional orchestras by Marcel Landowski, it became a permanent orchestra with 102 musicians under the name “Orchestre philharmonique Rhône-Alpes”, with Louis Frémaux as its first Music Director. The orchestra was, from that date on, managed and supported by the City of Lyon. In 1983, the orchestra became the Orchestre National de Lyon, the same year that Lyon Opera founded their own orchestra.

In 1975, the orchestra’s own concert hall – Auditorium Maurice-Ravel – was opened in Lyon, funded by the City of Lyon. It is one of the largest concert halls in France, with more than 2,000 seats, and it boasts remarkable acoustics.

The French conductor Serge Baudo became the ONL’s Music Director in 1971 and until 1986, he made the orchestra a musical force to be reckoned with, both at home and abroad. Under the Music Directorship of Emmanuel Krivine (1987-2000), the orchestra continued to increase in artistic stature and received considerable international critical acclaim. David Robertson became Music Director in 2000 as well as Artistic Director of the Auditorium, and his arrival brought a very creative approach to programming and musical styles. He was succeeded by Jun Märkl (2005-2011) and he, in turn, was succeeded by Leonard Slatkin who arrived in September 2011 and continues as Music Director to this day.

The ONL has been intensely busy outside of Lyon. It tours regularly to Asia (Japan and China), to the USA and in Europe and has been invited to take part in the BBC Proms season in London, in the “Chorégies” in Orange and at the Philharmonie in Paris. Future touring plans include the USA and Europe.

The ONL is proud to promote the music of living composers. It has welcomed great artists such as Luciano Berio and Krzysztof Penderecki, and it has given world or European premieres of works by Pierre Boulez, Steve Reich, Michael Jarrell, Thierry Escaich and Kaija Saariaho. In the current season, John Adams and Guillaume Connesson are the ONL’s associate composers.

The Orchestre National de Lyon, a City of Lyon institution, is funded by the French Ministry of Culture and the Auvergne-Rhône-Alpes Region.