The Wick Theatre launches their fourth season with the romantic musical comedy, Theyâ€™re Playing Our Song, starring Broadway legend Andrea McArdle. The musical features a book by Neil Simon and showcasesÂ Carol Bayer Sager’s lyrics and the music of Marvin Hamlisch. The plot is based on the real-life relationship of Hamlisch and Sager, and follows the duo as they undergo a series of trials before finding true love by the final curtain.

â€œI am thrilled that Andrea McArdle is here to kick off our fourth season,â€ said Managing Executive Producer, Marilynn A. Wick. â€œWhile we all know her from her star-making role as a child in Annie, Andrea has become one of the theatreâ€™s most respected leading ladies, having received acclaim forÂ  roles in such diverse productions as Les Miserables, Starlight Express, Cabaret, Mame, The Vagina Monologues and so many more.â€

Theyâ€™re Playing Our Song debuted on Broadway in 1979, and received multiple Tony Award nominations. The musical is essentially a two-character show, however, each character has a three-personÂ Greek chorusÂ acting as their inner voices. 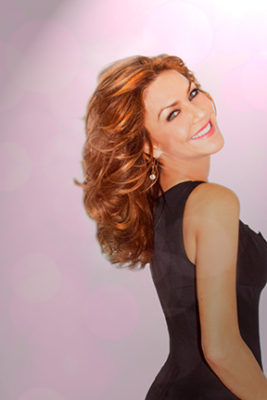