Noa Eshkol
Angles & Angels
The Badischer Kunstverein presents the Israeli artist, dance composer and theorist Noa Eshkol (1924–2007) in a comprehensive exhibition. Her unique wall carpets made from found textile remnants are a central element of the show. The exhibition also highlights archival materials—drawings, photographs, films, scores, and texts—that cast light on Noa Eshkol’s theoretical and practical work and which have never been shown on this scale before.

Noa Eshkol’s interdisciplinary work reaches far beyond the past into the future of artistic production. In 1958, together with the architect Avraham Wachman, she developed Eshkol-Wachman Movement Notation (EWMN), a system that transfers bodily movements into lines, numbers, and symbols and registers them in a grid structure, a score. Originally developed for the composition and documentation of dance, the notation functions as a set of laws according to which movements can be analyzed and notated—not unlike a musical score or a linguistic alphabet. The documents and drawings on view in the exhibition provide insight into Eshkol’s creative and academic research into dance and other fields, and firmly anchor her practice in postmodern thought and conceptual practices of her time. In 1954, Eshkol founded the Noa Eshkol Chamber Dance Group to put her studies in movement into effect. Her dances are minimal and concentrated; narrative structure, decoration, and music are absent; timing is dictated only by a metronome.

At the end of 1973, Eshkol began making wall carpets from textile scraps. She unstitched found textiles and combined them in new assemblages without cutting any materials. There were no preparatory sketches or designs made; the single pieces were pinned to a background and then hand-stitched together by Eshkol and some of her dancers. While Minimalism is a central feature of Eshkol’s dance practice, her wall carpets display a wealth of colors, shapes, and materials. But what unites the two practices is an interest in working with found materials (movement or textile) that can be combined in new compositions. Nature, birds, still lifes, and trees are some of the motifs of the carpets, while her other themes are deliberately abstract in an interplay of the transparent and the opaque. Even though Eshkol herself made no link between her dances and her carpets, the two spheres were intimately related in her home and thus marked a utopian site where discipline, interaction, and spontaneity could coexist.

Noa Eshkol grew up in a kibbutz in Palestine and collective labor was always an important aspect of her work. Her private home in Holon, Israel, was—and still is—the center of collaborative study on EWMN and her dances.

The exhibition is presented in cooperation with The Noa Eshkol Foundation for Movement Notation, Holon, Israel. Our cordial thanks go to Galerie neugerriemschneider, Berlin, for their support in realizing the project.

Ágnes Háy / Dóra Maurer
Film – Movement – Trick
Under the title Film – Movement – Trick, Badischer Kunstverein is presenting works by the Hungarian artists Ágnes Háy and Dóra Maurer. The exhibition in the Kunstverein’s Atrium is the first comprehensive presentation of works by Ágnes Háy in Germany and is accompanied by selected films of Dóra Maurer. Both artists began working conceptually and conducting film experiments in the 1970s and 1980s, producing among other things structuralist animations and short films. These films present precise structures through the medium of film and often employ mathematical methods.

The exhibition title is taken from a 1984 essay by Ágnes Háy in which she describes the rules of animated filmmaking. Háy’s films are a consistent exploration of the possibilities inherent to the media she uses. Dóra Maurer likewise works with a range of media and materials. Her systematic and precise artistic experiments, often based on mathematical principles, culminate in photo series and films. The presentation at the Kunstverein includes key films by Ágnes Háy and Dóra Maurer, accompanied by additional short films, publications, and graphics by Ágnes Háy.

With the support of Artpool – Art Research Center Budapest 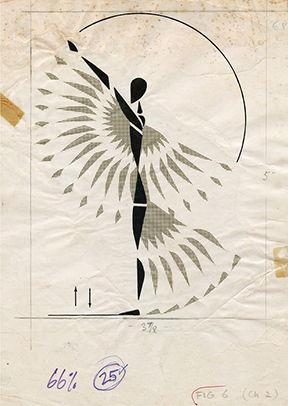