the sculpture—titled Endless Melody —was inaugurated in collaboration with Rosenbaum Contemporary at its permanent home in the Melody Tower Plaza Garden on the corner of Northeast 14th Street and 2nd Avenue. Xhixha, the Melo family, City of Miami Mayor Tomás Regalado and Massimo Mellegni, Mayor of Pietrasanta, Italy, were in attendance.

Consisting of three deconstructed parts of a violin made from mirror-polished stainless steel, Endless Melody is a true monument to the artistic and cultural vibrancy of downtown Miami’s Arts and Entertainment District. During the inauguration, Mayor Regalado presented Melody Tower’s developer Jose Luis Melo, president and patriarch of the family-owned Melo Group, with the ‘Key to the City’ in honor of his firm’s contribution to the revitalization of Miami’s urban core. At the event, more than 100 guests were treated to cocktails, hors d’oeuvres, live violinists and a special performance by Brazilian samba dancers. Other notable attendees included Commissioner Francis Suarez, Commissioner Frank Carollo, Commissioner Ken Russell, City of Boca Raton Mayor Susan Haynie and Consul General of Argentina Marcelo Giusto.

Helidon Xhixa, born in Durrës, Albania, in December 1970, is renowned for his public sculptures such as Sound of Steel, at The Violin Museum of the Stradivari Foundation in Cremona, Italy, and Prancing Horse at the Ferrari Factory in Maranello, Italy. Last year, he was commissioned to create Iceberg, a statement on global warming, for the 2015 Venice Biennale. This project received coverage from the BBC, CNN.com, The New York 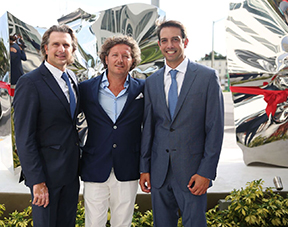 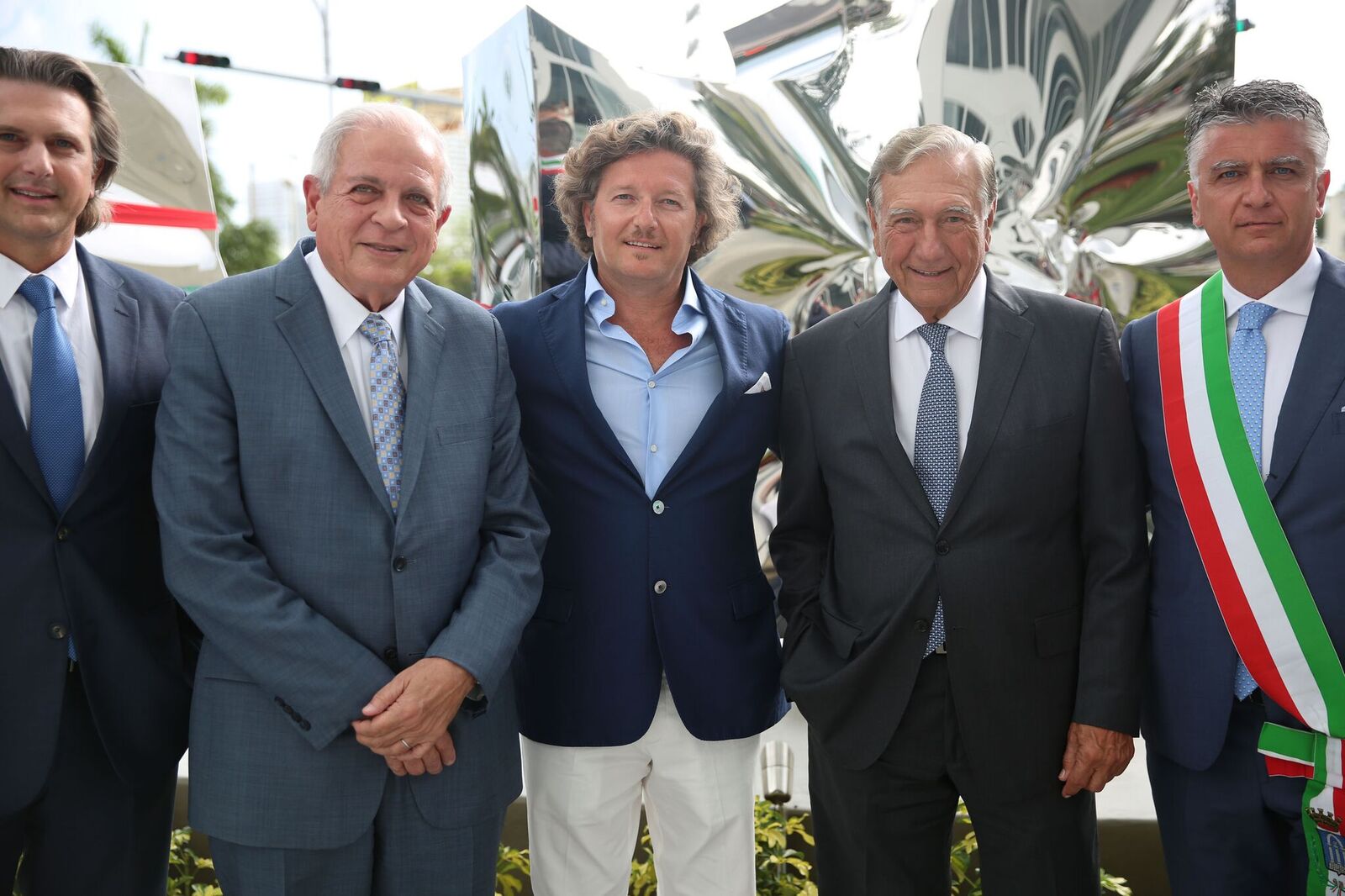 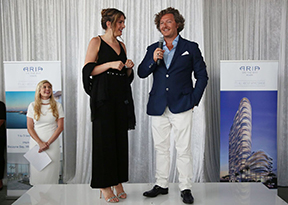 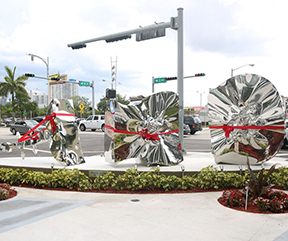 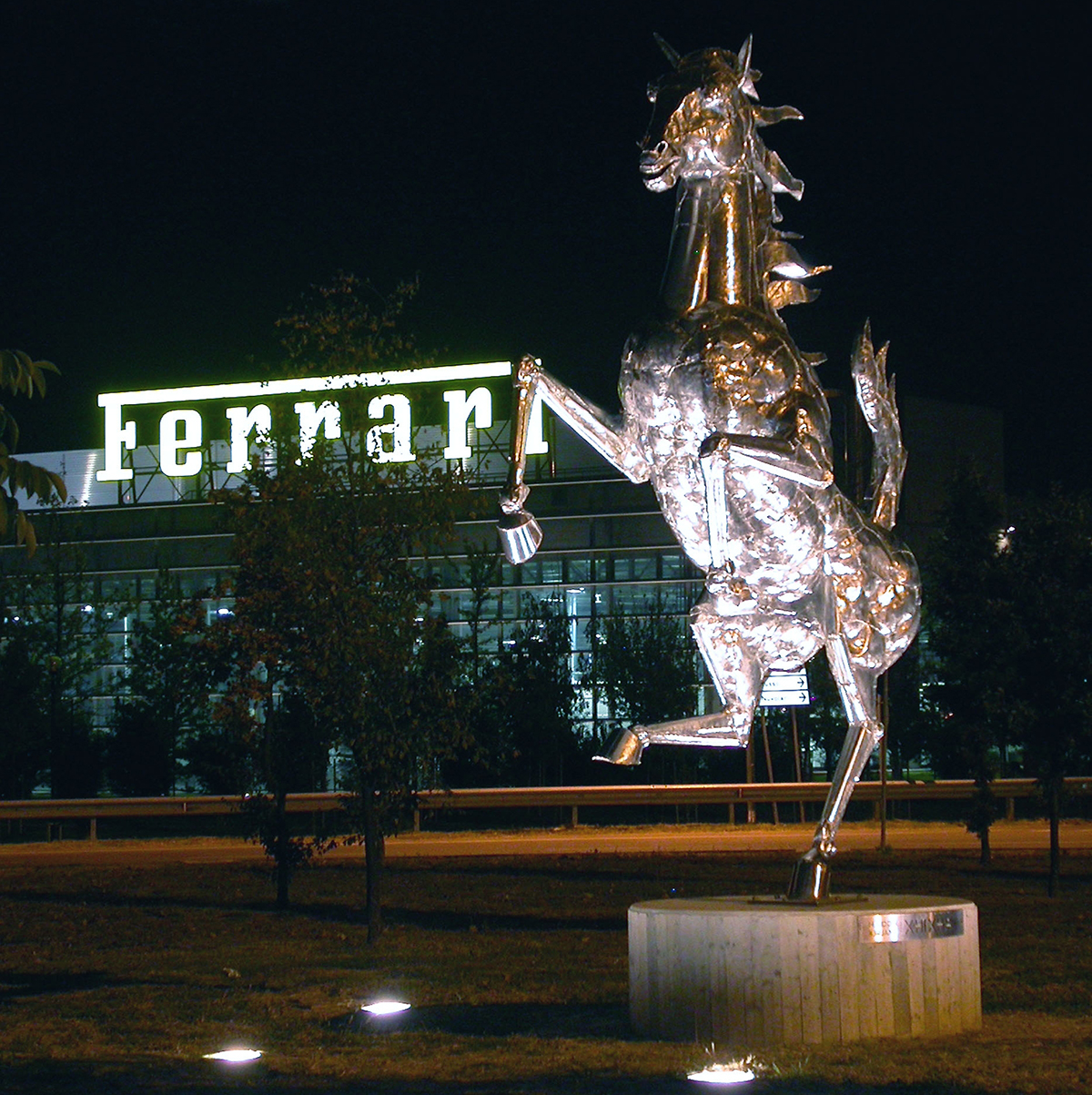 Times, GQ Italia, and The Guardian among other media outlets worldwide. His sculptures are currently on exhibit in locations throughout the city of Pietrasanta, Italy,

famed for its marble and metal foundries, and he will be representing Albania at the inaugural London Design Biennale in September.

Rosenbaum Contemporary, founded in 1979, is based in Boca Raton with a second gallery inside the St. Regis Bal Harbour Hotel in Miami. The gallery caters to international collectors interested in investment-quality works by Postwar, Modern and Contemporary masters and presents nationally recognized museum-level exhibitions throughout the year. The gallery also offers a wide range of free services to collectors worldwide including acquisition advice, art consulting, sourcing of artists, art collection building and management and resale of select works of art.

Founded in Argentina in 1948, the Melo Group is a family-owned and operated real estate development firm based in Miami, Florida, specializing in the construction and delivery of high-quality residential buildings. With more than 2,000 residential units developed throughout With more than 2,000 residential units developed throughout the Greater Downtown Miami area and more than 7,000 units developed across the Americas, the firm’s father-and-sons team—spearheaded by father Jose Luis Melo and sons Carlos and Martin Melo—has been a driving force behind Miami’s real estate resurgence. Melody Tower is Melo Group’s most recently-completed project in downtown’s growing Arts and Entertainment District. The 38-story luxury apartment building, which opened to renters in May 2016, marks the Melo Group’s 12th residential tower completed in the Greater Downtown Miami area since 2001.