Born in New York in 1932, Emily Mason comes from a long line of distinguished artists. Her mother, Alice Trumbull Mason, was an influential participant in the early days of American abstraction and a descendant of the famous history painter John Trumbull.

Upon graduation from the Cooper Union, Mason received a Fulbright Grant to study in Italy, travelling there with her fiancé, the painter Wolf Kahn. For the next 10 years, Rome was to become a second home for the couple. Her first solo exhibition in New York was at the Area Gallery in 1960. The gallery, founded by painter Ed Moses, was one of several artist-run spaces on East 10th Street, representing the avant-garde in New York in the late 50s and early 60s.

Writing in The Brooklyn Rail, publisher and critic Phong Bui describes Mason’s position between abstract expressionism and color field painting, noting: “She was interested in neither the former’s existential angst nor the latter’s use of absorbed color pigments on raw canvas (she paints on primed canvases). By allowing painterly gestures to coexist with thin, poured layers in a wide range of colors in all manner of hues and saturations, Mason is able to amplify her colors—which are infused with forms that derive from both memory and free association with concrete surroundings in nature—while embracing their complex tonalities.” A collaborative effort between curators and artists seeking to demonstrate the cutting-edge side of Santa Fe. About 60-70 artists will be participating in a six-week-long invitational event, exhibiting painting, drawing, sculpture, photography, video and new media art.

Venues: David Richard Gallery at 1570 Pacheco Street in the midtown art and design district as well as satellite venues in the same complex and nearby pop-up spaces.

Presentations: will be highly curated by David Richard Gallery, DR Projects and other local cultural partners and curators, including: Strangers Collective, Scuba, Radical Abacus and others yet to be announced.

Special Presentations and VIP events: throughout the entire event and especially on opening weekend and other weekends throughout the show will showcase contemporary arts and scene in Santa Fe 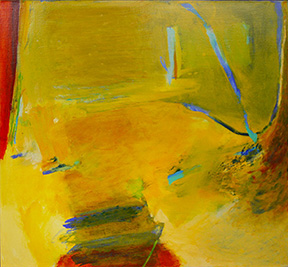