Palm Beach Dramaworks closes out its sixteenth season with Terry Teachout’s funny and moving Satchmo at the Waldorf, in which the legendary Louis “Satchmo” Armstrong reminisces about and ruminates on his extraordinary life and career just months before his death in 1971. This production marks Teachout’s debut as a director. Satchmo at the Waldorf opens at the Don & Ann Brown Theatre on May 13 and continues through June 12, with specially priced previews on May 11 and 12.

Satchmo at the Waldorf stars Barry Shabaka Henley, who previously appeared in a Chicago production of the play. Scenic design is by Michael Amico, costume design is by Erin Amico, lighting design is by Kirk Bookman, and sound design is by Matt Corey.

Terry Teachout is the drama critic of The Wall Street Journal, the critic-at-large of Commentary, and the author of “Sightings,” a biweekly column for the Thursday Journal about the arts in America. He also writes about the arts on his blog, About Last Night. Satchmo at the Waldorf, his first play, premiered in 2011 in Orlando, Florida, and has since been produced off-Broadway and throughout the United States. Teachout’s latest book is Duke: A Life of Duke Ellington. His previous books include Pops: A Life of Louis Armstrong, All in the Dances: A Brief Life of George Balanchine, and The Skeptic: A Life of H.L. Mencken. He has also written the libretti for three operas by Paul Moravec: The Letter (premiered by the Santa Fe Opera in 2009), Danse Russe (premiered by Philadelphia’s Center City Opera Theater in 2011), and The King’s Man (premiered by Kentucky Opera in 2013). A graduate of William Jewell College, Teachout played jazz bass professionally in Kansas City before becoming a full-time writer. He lives with his wife, Hilary, in New York City and Connecticut.

Palm Beach Dramaworks is a non-profit, professional theatre and is a member of the Theatre Communications Group, the South Florida Theatre League, Florida Professional Theatres Association, and the Cultural Council of Palm Beach County. 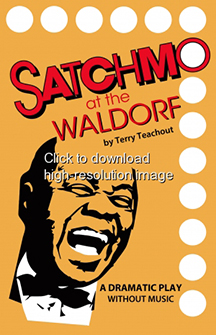