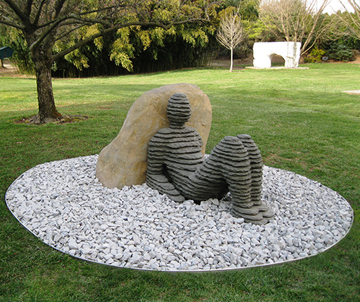 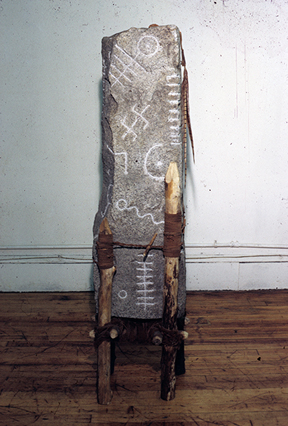 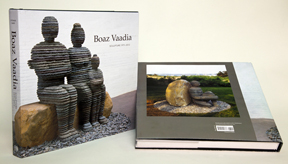 Grounds For Sculpture (GFS) is pleased to announce an exhibition of work by
internationally renowned Israeli-born sculptor, Boaz Vaadia. The exhibition,
entitled Boaz Vaadia: Sculpture, will be on view to the public May 1, 2016,
and spans 45 years of this prolific artist’s career. A special preview reception
for GFS members and VIP guests of the artist will take place on April 29, 2016.

Vaadia has worked in New York City for over 40 years and has many public art
placements, including the highly visible Time Warner Center (NYC). His work
is also shown in museums and private collections throughout the world, including
the Metropolitan Museum of Art (NYC), Museum of Modern Art (San Francisco),
Tokyo Metropolitan Teien Museum (Japan), and The Israel Museum (Jerusalem).

Figures in postures of repose or watchfulness are representative of his
characteristic style. Deeply interested in using materials indigenous to the
landscape he calls home, Vaadia began working with bluestone when he
discovered it being removed from the sidewalks of New York. Made by
stacking individua layers of stone, the artist has said of his figures that
he captures the “pause in the movement.” This series of work, much of which
have been cast in bronze, will comprise the main body of the exhibition, and
includes more than 30 works on display in GFS’ Museum Building and outdoors
in the surrounding landscape.

Vaadia’s early work will be on display in GFS’ Domestic Arts Building. These
rarely seen pieces show the artist’s early interest in considering the effects
of gravity, a key element in his later work. By viewing his models and early
sculptures, visitors will gain a deeper understanding of Vaadia’s sculpture on
view in the GFS Museum Building and will be able to follow the artistic evolution
that led him to his current body of work.