New York: At the same time the New York Ceramics & Glass Fair opens its doors on January 20 to 24, a half-dozen contemporary glass and ceramic artists will debut their masterworks side by side with renowned galleries from the world over. Here is more about these up-to-the-minute artists:

Based in Berkshire County in Massachusetts, Michael Boroneic says that one of his primary goals as a ceramics sculptor is to re-introduce substance and craftsmanship to the world of fine art. “Art is not just about an object or concept,” Boroneic maintains. “It is a conversation between an object and idea. And for me, ceramic art is about having a conversation with the clay. It’s about the hands-on relationship of the artist and the medium that makes for a piece that is more than just beautiful. It is an expression of the human soul.”

Classes outside her major in printmaking while studying at Rhode Island School of Design ignited artist Carrie Gustafson’s interest in hand-blown glass. After graduation she accumulated more know-how from the Studio at the Corning Museum of Glass and at the Rosin Studio on Murano, Venice’s famous “glass island.” Largely influenced by the natural world – plants, flowers, seeds, and most recently crystals- Gustafson this year will undertake a private commission for her first large outdoor sculpture.

Born in Japan and now a resident of the United States since 1997, Hideaki Miyamura studied and apprenticed with a Japanese master potter for six years. In the past years he has been experimenting with new formulas to create original iridescent glazes. During those efforts, Miyamura made more than 2,000 test samples, and last year came up with his most complicated glaze formula and firing process, which he christened Yohen and translates as “stars glistening in a night sky.”

The names of Greek and Roman gods and goddesses often figure in the titles of the artistic expressions of Gina Piccirilli Hayden. “Mythology works as a bridge between the past, present and my symbolism,” she explains, “proving that stories never change, only protagonists do.” A 1985 graduate of the Fashion Institute of Technology, with a degree in fine arts and advertising design, Hayden says she finds the process of sculpting therapeutic and is at a point in her career when she wants her work to tackle the subject of female oppression. Says Hayden: “Although oppression has always existed, the artist’s interpretation, her voice, can change it.”

Born in 1966, in Ostrava, Czech Republic, Daniel Pirsc founded his Studio Pirsc Porcelain in 2005 with the aim of merging state-of-the-art technology with good ideas to give birth to objects endowed with personality, soul and wit. His latest goal is to devise a completely new way of manufacturing porcelain for the 21st century, focusing on new requirements and specialized production. An assistant professor in the field of ceramics and porcelain, Pirsc is annually nominated for the prestigious award Czech Grand Design.

Hand-crafted in America by designers Michael Schunke and Josie Gluck, Vetro Vero (Italian for “true glass”) evidences authenticity and integrity in materials, design and craftsmanship, values for which the brand has gained world-wide recognition. The couple launched Vetro Vero in 2011 with the aim of preserving glass traditions; thus, all Vetro Vero objects are individually hand-blown, and shaped and finished without the use of molds or machinery. From melting glass to shipping orders, Schunke and Gluck are the only hands that touch the works.

The New York Ceramics & Glass Fair, which takes place at the Bohemian National Hall, 321 East 73rd Street (between First and Second Avenues), opens with a Private Preview on Wednesday, January 20, from 5:30 p.m. to 8:30 p.m., and to the public on Thursday, January 21 through Sunday, January 24. Hours are 11 a.m. to 7 p.m. Wednesday through Saturday, and on Sunday from 11 a.m. to 4 p.m. Tickets are $20 per person and can be used throughout the duration of the fair.

As always, the New York Ceramics & Glass Fair will present a series of informative
lectures by prominent experts. 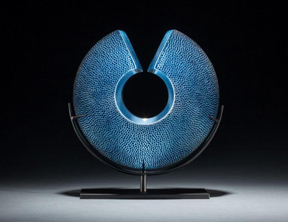 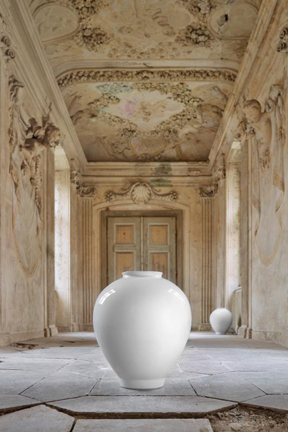 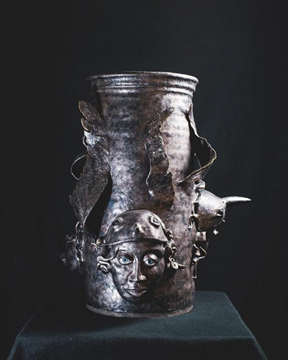 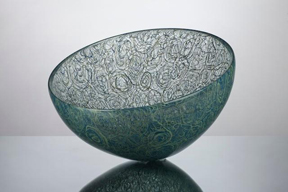 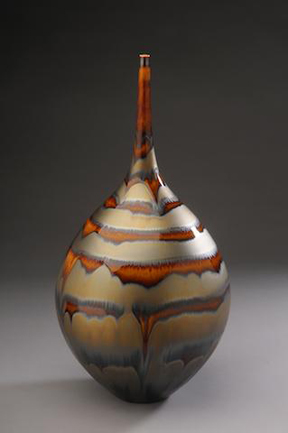 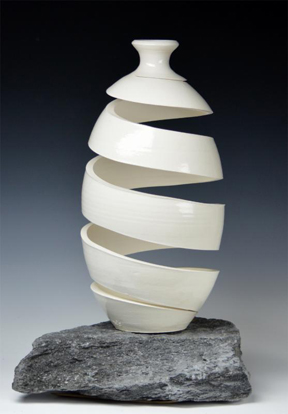