O’Keeffe, Stettheimer, Torr, Zorach: Women Modernists in New York
On View February 18 – May 15, 2016
Although Art Basel Miami Beach has concluded, the high season continues at the Norton Museum of Art in West Palm Beach. The capstone of the Norton’s season celebrating women artists is an exhibition devoted to four women Modernists—Georgia O’Keeffe, Florine Stettheimer, Helen Torr, and Marguerite Zorach—who contributed to the development of Modernism in new and often overlooked ways. O’Keeffe, Stettheimer, Torr, Zorach: Women Modernists in New York is the first survey to place the four women’s work in dialogue with one another, as well as to consider the larger impact a group of women had on the development of a critical period in American art, in the art world’s epicenter. The exhibition opens on Feb. 18 and runs through May 15, 2016.

Women Modernists in New York is an important addition to the art historical canon, and one I think your readers would be eager to learn more about. A press release follows below with more information. I am happy to answer any questions you might have about this exhibition, or provide additional information about the Norton’s other exhibitions, which include: Tiny: Streetwise Revisited, Mary Ellen Mark’s 30-year photo project, which will be on view until March 20, and the Norton’s Recognition of Art by Women (RAW) series that will present Nigerian-born artist Njideka Akunyili Crosby’s first U.S. museum survey, Njideka Akunyili Crosby: I Refuse to be Invisible (Jan. 28 – April 24, 2016).

The Norton Museum of Art, as part of a season celebrating the work of women artists, will present the first exhibition to examine the art and careers of modernists Georgia O’Keeffe, Florine Stettheimer, Helen Torr, and Marguerite Zorach in parallel. The exhibition will reveal how each of these women sought recognition as artists in their own right, and how their identity as women shaped the circumstances under which they worked, the forms their art took, and the way their work was interpreted—and often discounted. O’Keeffe, Stettheimer, Torr, Zorach: Women Modernists in New York opens on February 18, 2016 and runs through May 15, 2016. The exhibition is curated by Ellen Roberts, the Norton’s Harold and Anne Berkley Smith Curator of American Art.

“This exhibition is an important expansion of the art historical canon, which has focused heavily on male creativity and production, particularly during the development of modernism,” said Norton Museum Director Hope Alswang. “The Norton, which has been consistently expanding the scholarship on women artists, is proud to add to our understanding of how O’Keeffe, Stettheimer, Torr and Zorach all played a critical role in American modernism.”

These artists came of age during the era of the New Woman, when women increasingly explored the public realm, attended college, entered the labor force, and fought for the right to vote. As part of a larger bohemian dedication to equality, New York’s avant-garde artistic community ostensibly supported women’s rights in this era. Yet the art world still treated women artists differently from men, especially as the market reorganized itself around a more exclusive commercial gallery and dealer system, which gave fewer opportunities to women.

This exhibition will showcase each of these artists’ distinctive, modernist style through nearly 65 paintings, works on paper, and textiles created between 1910 and 1935. Exhibition highlights include:

· Five paintings from Georgia O’Keeffe’s Jack-in-the-Pulpit series from 1930, demonstrating the artist’s exploration of the suggestive abstraction underlying the natural world;

· Florine Stettheimer’s Spring Sale at Bendel’s (1921), which illustrates the artist’s use of humor and satire to capture the chaotic dance of shoppers in her upper-middle-class world;

· Two haunting and unflinching 1934-35 self-portraits by Helen Torr, which have never been displayed together;

· Key paintings of the female nude by Marguerite Zorach, illustrating both her early Fauvist adoption of the subject to express the joys and energies of nature and later use of it to suggest women’s ambiguous position in American society of the 1920s.

An in-depth look at the contemporary reception of these works reveals that each artist suffered from having her works interpreted as an expression of her intrinsic femininity, rather than her own artistic voice. Florine Stettheimer’s work was easy to dismiss because she rarely exhibited it publically, refused to sell it, and used delicate forms and personal subjects that seemed archetypally feminine. Marguerite Zorach’s reputation suffered when she began creating work in the seemingly feminine media of embroidery and batik because she found the demands of oil painting difficult to balance with the responsibilities of motherhood. Helen Torr and her husband Arthur Dove worked alongside one another to develop their artistic styles, but critics described her work as imitating his. Georgia O’Keeffe was the most critically and commercially successful of the four, but her art was consistently marketed and interpreted as embodying general female sexuality rather than her own distinct aesthetic vision. These modernists created work that was particularly open to such reductive understandings since it used modes of abstraction, leaving its meaning open-ended. Such interpretations purely in terms of gender were also particularly frustrating for these artists since, as modernists, they sought to express their complex individuality in their art.

“The exhibition showcases each of these artists’ distinctive modernism apart from their gender. Yet, at the same time, their identity as women affected their art, especially how it was interpreted,” said Ellen Roberts, exhibition curator and the Norton’s Harold and Anne Berkley Smith Curator of American Art. “Exposing the inadequacies of this initial understanding of their work is crucial because it still influences how we look at their work a century later. Seeing these four artists’ work in this new context reveals the factors that have limited appreciation not only of their art, but also of that of American women modernists in general. This project thus sheds light on women’s key role in the history of modernism.”

The exhibition is organized by the Norton Museum of Art, West Palm Beach, Florida, with the support of the Portland Museum of Art, Maine, where the exhibition will travel and run from June 23 to September 18, 2016. A fully illustrated catalogue by curator Ellen Roberts accompanies the show.

This exhibition is made possible through the generosity of The Henry Luce Foundation and Anne Berkley Smith, as well as an award from the National Endowment for the Arts. With additional support provided by The Mr. and Mrs. Hamish Maxwell Exhibition Endowment and The Priscilla and John Richman Endowment for American Art.

About Georgia O’Keeffe
Georgia O’Keeffe (1887-1986) was born in Sun Prairie, WI. She studied at the School of the Art Institute of Chicago and Art Students’ League in New York but was most influenced by the classes she took at Columbia University with Arthur Wesley Dow, who encouraged her to look beyond her academic training. O’Keeffe produced a substantial body of work over 70 years and is widely understood as having played a pivotal role in the development of American modernism. She became recognized for her innovative, large-scale close-ups of natural subjects. O’Keeffe received the first retrospective given to a woman artist at the Museum of Modern Art in 1946. Her work is held in the collections of the Art Institute of Chicago, Los Angeles County Museum of Art, Metropolitan Museum of Art, Minneapolis Institute of Art, Museum of Modern Art, National Gallery of Art, Washington, Norton Museum of Art, and Whitney Museum of American Art, among others.

About Florine Stettheimer
Florine Stettheimer (1871-1944) was born in Rochester, NY. She grew up largely abroad and took her first art classes in Germany, continuing her training at New York’s Art Students’ League when the family moved there in 1892. After more years in Europe, she returned to New York at the outbreak of World War I in 1914 and there began to formulate her own characteristic modernist style using expressively attenuated forms and brilliant colors to incisively and satirically explore her world. After her 1916 solo show at Knoedler Gallery, which was a financial failure, she rarely displayed her work publically. She had her greatest critical success in 1934 as the set and costume designer for Gertrude Stein’s avant-garde opera Four Saints in Three Acts. Her work is now held in the collections of the Fine Arts Museums of San Francisco, Metropolitan Museum of Art, Pennsylvania Academy of the Fine Arts, Philadelphia Museum of Art, and Whitney Museum of American Art among others.

About Helen Torr
Helen Torr (1886-1967) was born in a Philadelphia suburb, likely Roxbury, PA. She studied at the Pennsylvania Academy of the Fine Arts between 1906 and 1912. In 1921, she and fellow artist Arthur Dove left their spouses and began a lifelong partnership in which they together formulated a distinct take on modernism. Torr alternated between pure abstraction and more figurative subjects, using drawing and painting to explore especially the energies underlying the natural world. During her lifetime, her work was exhibited publically only twice – once in a group show organized by O’Keeffe in 1927 at the Opportunity Gallery and a second time alongside Dove’s paintings in 1933 at Alfred Stieglitz’s An American Place. Her work is now held in the collections of the Art Institute of Chicago, Metropolitan Museum of Art, Museum of Fine Arts, Boston, Museum of Modern Art, and Terra Foundation for American Art, among others.

About Marguerite Zorach
Marguerite Thompson Zorach (1887-1968) was born in Santa Rosa, CA. In 1908, she moved to Paris, where she saw the work of European modernists, such as Henri Matisse and Pablo Picasso, and became one of the first Americans to master Fauvist Expressionism. In 1912, she married fellow artist William Zorach, whom she pushed to be more bold and experimental in his work. The two presented themselves as a creative pair to the art world and often exhibited together. When she began to work more frequently in embroidery and batik rather than painting following the birth of the couples’ children, her art began to be seen as less important. Her work is now held in the collections of the Norton Museum of Art, Portland Museum of Art, Smithsonian American Art Museum, Virginia Museum of Fine Arts, and Williams College Museum of Art, among others.

About the Norton Museum of Art
Founded in 1941, the Norton Museum of Art is recognized for its distinguished holdings in American, European, and Chinese art, and a continually expanding presence for Photography and Contemporary art. Its masterpieces of 19th century and 20th century European painting and sculpture include works by Brancusi, Gauguin, Matisse, and Picasso, and American works by Stuart Davis, Hopper, O’Keeffe, Pollock, and Sheeler.

The Norton presents special exhibitions, lectures, tours, and programs for adults and children throughout the year. In 2011, the Norton launched RAW (Recognition of Art by Women), featuring the work of a living female painter or sculptor and funded by the Leonard and Sophie Davis Fund/MLDauray Arts Initiative. In 2012, the Norton established the biennial, international Rudin Prize for Emerging Photographers in partnership with Beth Rudin DeWoody, named in honor of her late father, Lewis Rudin.

In 2016, the Norton will break ground for a visionary expansion designed by architecture firm Foster + Partners, under the direction of Pritzker Prize-winning architect Lord Norman Foster. The project reorients the Norton’s entrance to the main thoroughfare of South Dixie Highway, restoring the symmetry of the museum’s original 1941 design, and includes a new 42,000-square-foot West Wing that doubles education space, and increases gallery space for the Norton’s renowned collection. The transformation of the Museum’s 6.3-acre campus will create a museum in a garden, featuring new, verdant spaces and a sculpture garden. 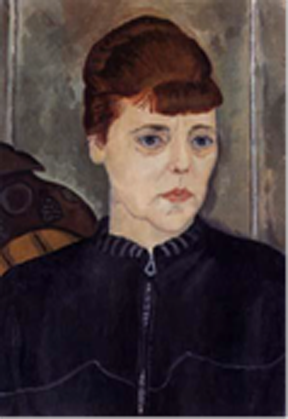