A note from our President

How the Computer Age Was Born in the “Silicon City” of New York
Dear Friends – the New-York Historical Society launched its first Kickstarter campaign, giving the public a chance to participate directly in our latest exhibit Silicon City so they can see an original Telstar satellite, close-up and in-person. In Silicon City, we rescue the recent past from oblivion and give it new life as history, as we celebrate the early glory—and the present and future excitement—of New York as a technology powerhouse.

Discover our groundbreaking exhibitions connecting art and history. Purchase admission in person or online.
Exhibitions Silicon City: Computer History Made in New York
OPENS FRIDAY, NOVEMBER 13
Where did the computer revolution begin? Long before Silicon Valley became synonymous with all things digital, New York was the hub of American technology and commerce. Through art, artifacts, and interactive displays, Silicon City traces the pioneering ideas that would reshape our daily lives.

Superheroes in Gotham
Since their introduction in the late 1930s, superheroes have been both powerful role models and a reflection of the times. This exhibition explores the genre’s evolution from its New York origins to its contemporary global reach.

Picasso’s “Le Tricorne”
View the largest Pablo Picasso painting in the U.S.! Originally created for the ballet, Le Tricorne, it hung in New York City’s Four Seasons Restaurant for over 50 years. Now in its new home at New-York Historical, this outstanding work is on view alongside other masterpieces from our collection. 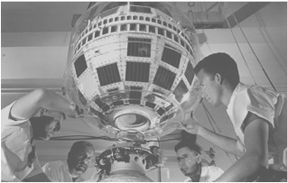