New York, NY -This November, the Jewish Museum will present Unorthodox, a large-scale group exhibition featuring 55 contemporary artists from around the world whose practices mix forms and genres without concern for artistic conventions. Though the artists in Unorthodox come from a wide variety of backgrounds and generations, they are united in their spirit of independence and individuality. Through over 200 works, the exhibition will highlight the importance of iconoclasm and art’s key role in breaking rules and traditions. Organized by Jens Hoffmann, Deputy Director, Exhibitions and Public Programs, Leon Levy Assistant Curator Daniel S. Palmer, and Assistant Curator Kelly Taxter, Unorthodox will be on view from November 6, 2015 through March 27, 2016.

“Unorthodox does not comment on Jewish religious orthodoxy or critique it, but takes its inspiration from the legacy of progressive Jewish thought, in particular the Jewish tradition of dialogue and debate,” said Jens Hoffmann. “Unorthodox aims to break with a cultural and artistic uniformity that has developed over the last century among artists and museums, proposing a nonconformist engagement with art as a means to disrupt the status quo.”

Numerous works in Unorthodox examine social and political values, trauma, religion, and identity. Artists like Margit Anna, whose dreamlike paintings reflect the trauma of the Holocaust, and Xanti Schawinsky, whose Faces of War series (1942) was influenced by the destruction and militarism of World War II, draw on transformative personal experiences.

Contrasting with this subjective, representational style are works that revel in pattern and geometry. These objects, often made with natural materials, conflate hierarchical distinctions between high art and craft, while referencing storytelling and folk traditions. Examples include the sewn and woven images of artist and former professional skateboarder Tony Cox, Philippine artist Brenda Fajardo’s works using indigenous materials that recall her country’s visual and oral storytelling traditions, and Christina Forrer’s tapestries blending elements from Swiss folklore and historical European tapestry with contemporary pop and street culture.

Artists included in the Unorthodox exhibition and publication:

A complementary 200-page publication will examine unorthodoxy across such subjects as art, politics, history, religion, and philosophy. Exhibition-related content includes an introductory essay by co-curator Jens Hoffmann, a Q&A with co-curators Daniel S. Palmer and Kelly Taxter, and illustrated biographies of participating artists. The “Unorthodox Museums” section features sixteen short, manifesto-style texts in which some of the most forward-thinking international museum directors and curators discuss the state of museums today and propose concepts for an unorthodox museum. Contributors include Iwona Blazwick, director of Whitechapel Gallery, London; RoseLee Goldberg, founding director and curator of Performa, New York; Hou Hanru, director of the MAXXI National Museum of the 21st Century Arts, Rome; and -Defne Ayas, director of Witte de With Center for Contemporary Art, Rotterdam. Finally, the “Unorthodox Considerations” section brings together a selection of texts on Jewish culture and history edited by Chelsea Haines. These texts include classic works by Sigmund Freud and Leo Steinberg reprinted with newly commissioned responses by Mark Edmundson and Joshua Decter, respectively; a recent essay on unorthodoxy in Judaism by Alan T. Levenson with a response by Jack Wertheimer; and a previously unpublished essay by the philosopher Georges Didi-Huberman reconsidering the unorthodox methodology of the art historian Aby Warburg-whose family built the mansion that now houses the Jewish Museum. The book will be available for $25.00 at the Jewish Museum’s Cooper Shop in November worldwide in February, distributed for the Jewish Museum by Yale University Press.

Unorthodox will be accompanied by a series of public programs developed by the Jewish Museum and presented in collaboration with the 92nd Street Y. Programs take place at the Jewish Museum unless otherwise noted. Highlights include:
On Curating
Sunday, November 8, 8:30 pm – at 92Y
Renowned exhibition maker Hans Ulrich Obrist, Co-Director of Exhibitions, Serpentine Galleries, London, and Unorthodox co-curator Jens Hoffmann, Deputy Director, Exhibitions and Public Programs, at the Jewish Museum, will speak about the highly progressive and even radical curatorial strategies they have employed over their respective careers.
Tickets: $32 General; $22 Members

On Exhibitions
Tuesday, November 10, 10:00 am – at 92Y and Jewish Museum
Unorthodox co-curators Kelly Taxter, Assistant Curator, and Daniel S. Palmer, Leon Levy Assistant Curator, at the Jewish Museum speak about their exhibition, the ideas behind it and the artworks exhibited. This talk at the 92Y will be followed by an exhibition walkthrough at the Jewish Museum with co-curator Jens Hoffmann, Deputy Director, Exhibitions and Public Programs.
Tickets: $34 General; $19 Members

On Art I
Tuesday, November 17, 6:30 pm
A book launch celebrating a new publication on the work of Unorthodox participating artist Erna Rosenstein, featuring a conversation between authors Dorota Jarecka and Barbara Piwowarska and artist R.H. Quaytman, with an introduction by Unorthodox co-curator Daniel S. Palmer.
Free with RSVP

On Religion
Thursday, February 18, 2016, 6:30pm
Alan Levenson, Schusterman Professor of Jewish History, University of Oklahoma in conversation with Susan Katz Miller, journalist and author of Being Both: Embracing Two Religions in One Interfaith Family.
Tickets: $15 General; $12 Students and Seniors; $10 Members

Support
Unorthodox is made possible by the Edmond de Rothschild Foundations, the Boris Lurie Art Foundation, the Jacques and Natasha Gelman Foundation, and a Gift of Agnes Gund.

About the Jewish Museum
Located on Museum Mile at Fifth Avenue and 92nd Street, the Jewish Museum is one of the world’s preeminent institutions devoted to exploring art and Jewish culture from ancient to contemporary, offering intellectually engaging, educational, and provocative exhibitions and programs for people of all ages and backgrounds. The Museum was established in 1904, when Judge Mayer Sulzberger donated 26 ceremonial objects to The Jewish Theological Seminary as the core of a museum collection. Today, the Museum maintains a collection of over 30,000 works of art, artifacts, and broadcast media reflecting global Jewish identity, and presents a diverse schedule of internationally acclaimed temporary exhibitions.

The Jewish Museum is located at 1109 Fifth Avenue at 92nd Street, New York City. Museum hours are Saturday, Sunday, Monday, and Tuesday, 11am to 5:45pm; Thursday, 11am to 8pm; and Friday, 11am to 4pm. Museum admission is $15.00 for adults, $12.00 for senior citizens, $7.50 for students, free for visitors 18 and under and Jewish Museum members. Admission is Pay What You Wish on Thursdays from 5pm to 8pm and free on Saturdays. For information on The Jewish Museum, the public may call 212.423.3200 or visit the website at TheJewishMuseum.org. 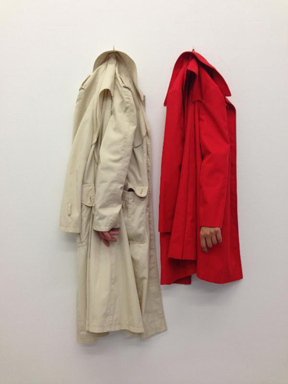