On view at the Jewish Museum from September 25, 2015 to February 7, 2016, Becoming Jewish: Warhol’s Liz and Marilyn presents a close look at two of Andy Warhol’s muses, Elizabeth Taylor and Marilyn Monroe, exploring the Jewish identities of Warhol’s most celebrated subjects. Both Marilyn Monroe and Elizabeth Taylor converted to Judaism in the 1950s. Warhol was fascinated by their star power and used publicity stills to create his now iconic portraits in the early 1960s. This intimate, single-gallery exhibition features several portraits of these renowned actresses alongside a large selection of photographs, letters, and ephemera, shedding new light on their relationships with Judaism and Warhol’s interest in celebrity culture.

In 1959, at the age of 27, Elizabeth Taylor converted to Judaism in a ceremony at Temple Israel in Hollywood. She considered converting to Judaism prior to her marriage to theater and film producer Mike Todd, but it wasn’t until after Todd’s death that she began to study with Rabbi Max Nussbaum at Temple Israel. Taylor remained an ardent supporter of Jewish causes throughout her life.

Prior to her wedding to playwright Arthur Miller, Marilyn Monroe expressed interest in converting to Judaism. She was impressed with Jewish ideals and she studied with Miller’s rabbi, Robert Goldburg, to learn more about Judaism. Rabbi Goldburg performed Monroe’s Ceremony of Conversion preceding the couple’s wedding in June 1956. Although Monroe and Miller divorced in 1961, Monroe expressed to the rabbi her unwavering commitment to the Jewish faith.

Becoming Jewish: Warhol’s Liz and Marilyn is divided into three sections – “Celebrity,” focused on Marilyn Monroe and Elizabeth Taylor’s public image; “Conversion,” detailing their personal lives and Jewish identities; and “Myth & Legend,” exploring Andy Warhol’s fascination with these celebrities and the impact of his work on their iconic status.

The “Celebrity” section features photographs, newsreels, and magazine covers demonstrating the public’s fascination with Marilyn Monroe and Elizabeth Taylor. Highlights include video clips of Elizabeth Taylor’s Oscar speech, Marilyn Monroe performing for American troops in Korea, and fan magazines such as Modern Screen, Screen Stories, and Motion Picture that surfaced in the 1950s to feed the public’s hunger for celebrities. Photographs and newsreel excerpts illustrate the public’s obsession with the actresses’ movie feats, love affairs, and broken hearts, as well as their struggles with the limelight.

“Conversion” traces the Jewish journeys of Monroe and Taylor, featuring a case of conversion-related material including a rarely-heard audio recording of Elizabeth Taylor’s conversion ceremony and a facsimile of Marilyn Monroe’s Certificate of Conversion. This section will also explore the actresses’ Jewish lives through ephemera such as Marilyn Monroe’s musical menorah, letters from Rabbi Goldburg describing his relationship with the Marilyn Monroe and the Miller family, and documentation of Elizabeth Taylor’s lifelong commitment to Jewish philanthropy.

The exhibition concludes by examining the legacy of Marilyn Monroe and Elizabeth Taylor through the lens of Andy Warhol’s now-iconic portraits. Featuring four Warhol works – two paintings and two prints – the “Myth & Legend” section reveals how the portraits reflect the glamorous yet complex identities of these subjects. Marilyn Monroe and Elizabeth Taylor represented themes of great interest to Warhol: glamour, beauty, scandal, death, and media spectacle. His canvases of the actresses in the early 1960s coincided with his initial explorations of silkscreen painting and serial imagery. The repeated use of a single image altered slightly, either at the hand of the artist or due to the silkscreening process, enhanced Warhol’s exploration of the celebrity persona as illusion. Warhol’s artistic process in creating these portraits is explored through photography and ephemera from his studio, further demonstrating the artist’s obsession with celebrity and with Monroe and Taylor in particular.

Support
Becoming Jewish: Warhol’s Liz and Marilyn is made possible, in part, by the Neubauer Family Foundation.

About the Jewish Museum
Located on Museum Mile at Fifth Avenue and 92nd Street, the Jewish Museum is one of the world’s preeminent institutions devoted to exploring art and Jewish culture from ancient to contemporary, offering intellectually engaging, educational, and provocative exhibitions and programs for people of all ages and backgrounds. The Museum was established in 1904, when Judge Mayer Sulzberger donated 26 ceremonial objects to The Jewish Theological Seminary as the core of a museum collection. Today, the Museum maintains a collection of over 30,000 works of art, artifacts, and broadcast media reflecting global Jewish identity, and presents a diverse schedule of internationally acclaimed temporary exhibitions.

The Jewish Museum is located at 1109 Fifth Avenue at 92nd Street, New York City. Museum hours are Saturday, Sunday, Monday, and Tuesday, 11am to 5:45pm; Thursday, 11am to 8pm; and Friday, 11am to 4pm. Museum admission is $15.00 for adults, $12.00 for senior citizens, $7.50 for students, free for visitors 18 and under and Jewish Museum members. Admission is Pay What You Wish on Thursdays from 5pm to 8pm and free on Saturdays. For information on The Jewish Museum, the public may call 212.423.3200 or visit the website at TheJewishMuseum.org. 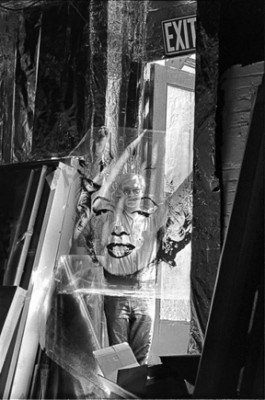