On View Through January 3 and Art Basel Season

“My obsession,”
says Cuban artist Carlos Estevez, “is to peer into both worlds: the internal world of human nature and the invisible, spiritual universe that surrounds us.”

Equal parts scientist, philosopher and visual alchemist, Carlos Estevez opens the doors to his cabinet of curiosities examining humanity’s relationship with the universe at the Patricia & Phillip Frost Art Museum FIU, the Smithsonian Affiliate in Miami (his Florida Museum debut).

His artistic quest is anchored in philosophical inquiry and inspired by occult traditions such as alchemy. Mystical visions of objects believed to possess transcendental powers over the world take center stage.

The opening reception is free and open to the public on Saturday, Sept. 12 (4–7 p.m.) and the museum is located at Florida International University, 10975 S.W. 17 St. (map/ directions). On view through January 3, Carlos Estevez: Celestial Traveler will be featured as one of the museum’s offerings during Art Basel season.

Encompassing over 2,000 square feet, the exhibition spans nearly 20 years of the artist’s trajectory with more than 35 works of art (many on view for the first time), including mixed media sculptures, assemblages, installations and works on paper.

Mosaic Mural, 711 Third Avenue, New Yorl, 1956 (detail) by Hans HofmannCelestial Traveler refers to the centerpiece of the exhibition, a kite representing the pursuit of dreams as it travels between concrete experiences here on earth and sojourns to surrounding ethereal worlds.

This work, courtesy of the Valdés-Fauli / Boren Art Collection, serves as a metaphor for the exhibition and the artist’s perspective on life’s ephemeral nature.

“The first Florida museum solo exhibition of this artist is long overdue, which is why we are especially delighted to bring Carlos Estevez: Celestial Traveler to fruition in our galleries,” said Museum Director Dr. Jordana Pomeroy.

“Happily, his work defies easy categorization and joins a centuries-old conversation about the role of art as a spiritual conduit and illuminative focal point in our daily lives.”

Estevez is known for presenting visual metaphors that reflect humanity’s essential philosophical questions about the mysteries of life.

References from essays about the artist foreshadow what viewers may experience at the Frost Art Museum:

“Combined images of animals, human anatomy, and mechanical blueprints within the fixed grids of cartography … transparencies that recall treatises of esotericism, alchemy, acupuncture, or Da Vinci’s anatomical codices” … “My main tools,” he has stated, “(are) metaphors of man’s existential questions … his power, his weakness, his essence and his mission in the universe.”

Estevez’s work arches across many historical periods and a wide spectrum of human knowledge from different eras, his study of the principles of alchemy and transformational philosophies, and also including: anthropology, existentialism, medieval codes, Renaissance thought, popular culture, and encyclopedic collections of objects and knowledge.

His personification of myth and reality, and his use of anthropological fables have likened Estevez to fellow Cuban artists Juan Francisco Elso and Wifredo Lam.

“Celestial Traveler showcases Estevez’s most personal work,” said Klaudio Rodriguez, the Frost Art Museum’s Curator. “Most have never been exhibited before, including artworks from his personal collection that the artist has gifted to his wife and son, works he has kept in order to create a patrimony. This is the first time Estevez has been provided such a large gallery space to allow him to present key artworks, installations and series in their entirety. His works possess a deep sense of curiosity, built upon inquiries and discoveries.”

An installation in this exhibition titled Botellas al Mar (Bottles in the Ocean) premiered at the 2000 Havana Biennale but is now being shown in its entirety. It is a tribute to El Malecon, the five-mile seawall that stretches along Havana’s coastline. The installation includes bottles, 82 drawings, illuminated manuscripts with text and images taken from the artist’s notebook, photos and maps with pins signifying the prior location of the bottles, and a video documenting the launching of the bottles into the sea.

“For me,” says Estevez, “art is one way to understand life, an instrument of incalculable value to explore the world in which I live and the world that lives in me.”

Estevez began his studies as a painter but later gravitated towards sculpture and installation as he grew to view art making as a matter of process and materials.

He was born in Havana, Cuba, in 1969 and has lived and worked in Miami since 2004. He studied art in Cuba, at the San Alejandro Academy and later the Higher Institute of Art (ISA) both in Havana.

His work can be found in collections such as the National Museum of Fine Arts, Havana, Cuba; Museum of Fine Arts, Boston; Arizona State University Art Museum; the Bronx Museum, the Perez Art Museum Miami; the Lowe Art Museum, at the University of Miami; the Patricia and Phillip Frost Museum, at Florida International University; the NSU Art Museum Fort Lauderdale and the Bacardi Art Foundation. Estevez’s artworks are also part of many private collections; among these the Farber Collection in New York/Miami and the Kunst Forum Ludwig, in Aachen, Germany. Artist’s biography and more details at carlosestevez.net. This exhibition is sponsored in part by Sawgrass Infinity and Bacardi

Art Basel Season 2015 at the Patricia & Phillip Frost Art Museum FIU
– 12th Annual Art Basel Breakfast in the Park: American Sculptor Alice Aycock (Dec. 6, 9:30 a.m. – Noon) This event draws hundreds of art enthusiasts, patrons, collectors, gallery owners and artists from around the world, many of whom are visiting Miami for Art Basel. Each year a noted sculptor is invited to speak. Guests enjoy a complimentary outdoor breakfast, informal lecture and guided tours of the Sculpture Park as well as the exhibitions in the museum. More about the guest-lecturer at aaycock.com. View the Sculpture Park’s artwork here.

– Art Basel Miami Beach 2015: During Art Basel, the museum will feature six exhibitions: Walls of Color: The Murals of Hans Hofmann; Carlos Estevez: Celestial Traveler; Weird, Wild & Wonderful – The Second New York Botanical Garden Triennial Exhibition; Rufina Santana: Cartographies of Water; Carola Bravo: Blurred Borders; and Ramon Espantaleon: The Temptation. The Patricia & Phillip Frost Art Museum at Florida International University, the Smithsonian Affiliate in Miami, opened its current 46,000-square-foot, state-of-the-art building in November 2008. Admission to the Museum is always free. The Frost is accredited by the American Alliance of Museums, and is located at 10975 SW 17th Street (across from the Blue Garage and adjacent to the Wertheim Performing Arts Center on the Modesto A. Maidique Campus). Hours of operation are Tuesday through Saturday 10 a.m. – 5 p.m. and Sunday noon – 5 p.m. Closed on Mondays and most legal holidays. In association with the Smithsonian since 2000, the Frost Art Museum FIU is part of a select group of museums, cultural, educational, and arts organizations that share the Smithsonian’s resources with the nation. For more information, please visit thefrost.fiu.edu or call 305-348-2890.

Florida International University is recognized as a Carnegie engaged university. It is a public research university with colleges and schools that offers more than 180 bachelor’s, master’s and doctoral programs in fields such as engineering, international relations, architecture, law and medicine. As one of South Florida’s anchor institutions, FIU contributes $8.9 billion each year to the local economy. FIU is Worlds Ahead in finding solutions to the most challenging problems of our time. FIU emphasizes research as a major component of its mission. FIU has awarded over 200,000 degrees and enrolls more than 54,000 students in two campuses and three centers including FIU Downtown on Brickell, FIU@I-75, and the Miami Beach Urban Studios. FIU also supports artistic and cultural engagement through its three museums: the Patricia & Phillip Frost Art Museum, the Wolfsonian-FIU, and the Jewish Museum of Florida-FIU. FIU is a member of Conference USA and has over 400 student-athletes participating in 18 sports. For more information about FIU, visit http://www.fiu.edu/ 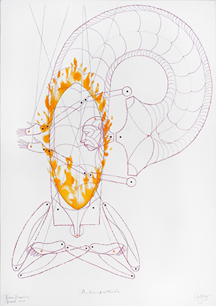 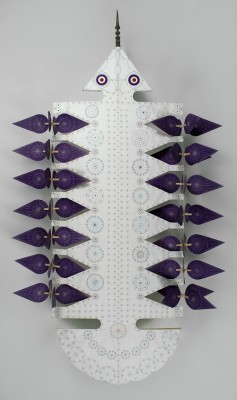 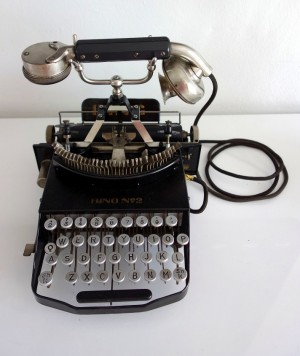 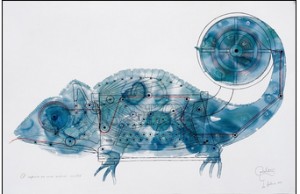 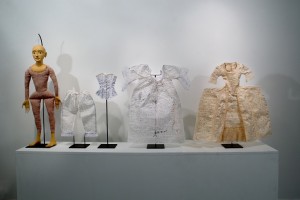 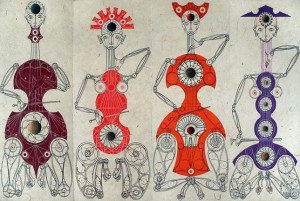