Drouts’ outsider/ folk art inspired paintings, constructions and sculptures have been described as “quirky and eclectic”. His seldom shown work is a visual extension of his musical style, imagery and playful imagination. Graham graduated from Florida International University in 1977 with a Bachelor of Arts degree in Fine Art.

“IKO-IKO’s Graham Wood Drout is one of the most important, seminal South Florida Blues figures more than anyone he personifies Florida Blues.” -Big City Rhythm and Blues Magazine.

Mark Armbrecht is a multimedia artist currently residing in Gainesville, Florida. His sigil practice is a practice in mindfulness, although some may liken it to meditation or to a spiritual practice. Mark expresses that “the pieces in this exhibit represent words that are very important to me. They are intentions that I incorporate into each day: body, mind, spirit, thought, laughter and others.”

Inspired by classic & electric blues, the Bridget Kelly Band has placed their unique stamp on the blues-rock genre, with high energy live performances and a hybrid sound that mixes Texas Blues with various Southern Blues traditions. The sultry vocals of singer Bridget Kelly, the incendiary lead guitar work of Tim Fik, and the robust electric bass of Mark Armbrecht forge a signature sound that combines female urban blues with riff-driven guitar blues; all held together by a dynamic rhythm section.

Opening Act Middleground, comprised of acoustic blues duo Barbara and Mark Armbrecht, includes an eclectic mix of folk, pop, blues, ragtime and classic favorites, all of which have been flavored by Barbara’s fingerpicking style, and supported by Mark’s solid and expressive bass technique. Mark Armbrecht is also the bass player in the The Bridget Kelly Band.

Edwin began his hand at creating art before he could even read, and has never stopped. His art evokes a strong musical influence, conveyed through a variety of mediums. He express that while there are may ways to interpret a piece of art, he hopes that his artwork can evoke emotion and lift spirits. Edwin’s influences include Amedeo Modigliani, Pablo Picasso, Egon Schiele, and Edgar Degas.

The Jacoby Brothers Band, comprised of siblings Eddie (guitar and vocals) and Mark Jacoby (harmonica), have been entertaining audiences with the soulful sounds of the blues for decades. Their extensive repertoire includes tunes that anyone will recognize and enjoy, performed with extensive musicianship and charisma. The brothers developed an interest in music – and particularly blues – at a very young age. While they have both played in various bands throughout the years, the brothers eventually joined up in 2011 to form The Jacoby Brothers Band. Referred by locals as “North Florida’s favorite brothers”, Eddie is known to play guitar “like none other”, and Mark is “one of the best harp players ever heard”. 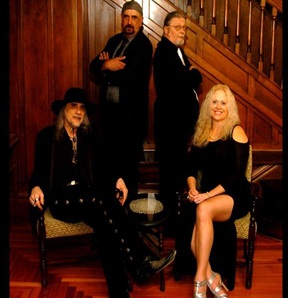 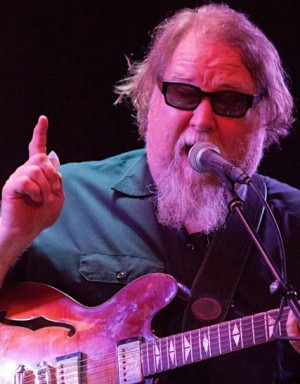 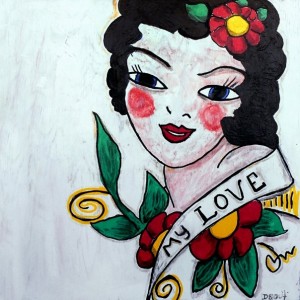