Hialeah Park Casino, home to “the world’s most beautiful race course,” marks the second year anniversary of its Casino opening with a two-day celebration. The event will take place on Friday, August 14, and Saturday, August 15, with a series of concerts. The anniversary comes only months after the announcement that Hialeah Park Casino will undergo a multi-million dollar expansion.

Hialeah Park, established in 1921, was once known as the “THE” park for thoroughbred horseracing. Under the ownership and vision of John J. Brunetti, Sr., the park is once again a shining light in South Florida. Over time, as horse racing began to lose popularity, Brunetti, Sr. felt the park, known for its storied architecture, needed to live on. Today alive and thriving, it features a state of the art casino, which encompasses the spirit of “The Grand Dame”.

Hialeah Park Casino will celebrate its second anniversary shortly after the announcement that the Casino will undergo a multi-million dollar development, which includes the opening of the new Kings Court VIP Poker Salon, and a state of the art simulcasting facility, as well as renovations to the Hialeah Park Amphitheater. The project will allow for more entertainment and culinary opportunities.

The festivities commence at 6:30PM on Friday, August 14, with University of Miami’s Casino Night, a private event, in the recently renovated Fountain Terrace outdoor venue. From 8:00-10:00PM on Friday night, VIVA will take over the Fountain Terrace to perform the music of The Beatles, The Four Seasons, and The Beach Boys, in an event that is open to the public. Late night entertainment will be indoors from 10:00PM until 2:00AM. Local favorite DJ El Russo will be joined by special guest Adrian Mesa in the Flamingo Lounge located conveniently inside the Casino. One day later, on Saturday, August 15, Hialeah Park will proudly present the critically acclaimed Miami band Locos Por Juana on the Fountain Terrace from 8:00-10:00PM.

John J. Brunetti, Sr. stated: “I was first captivated by the spirit of Hialeah Park as a young horseracing fan. I later had the opportunity to purchase the park. The wind of change inspired me to create Hialeah Park Casino, keeping the park alive for future generations. We invite the South Florida public to celebrate our second-year anniversary with us, as we continue to make history as a community.” 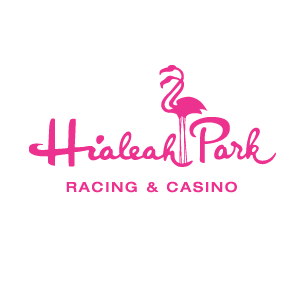 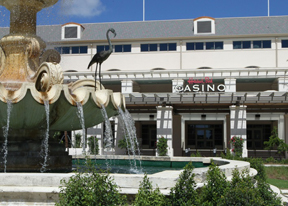