Transmissions: Art in Eastern Europe and Latin America, 1960–1980 Features Nearly 300 Works from MoMA’s Collection; Half on View for the First Time

NEW YORK, July 13, 2015—The Museum of Modern Art presents Transmissions: Art in Eastern Europe and Latin America, 1960–1980, an exhibition on view from September 5, 2015, through January 3, 2016, that focuses on the parallels and connections among international artists working in—and in reference to—Latin America and Eastern Europe during the 1960s and 1970s. The exhibition features nearly 300 works, including critical bodies of work and installations from the Museum’s collection, half of which are on view for the first time, and explores the radical experimentation, expansion, and dissemination of ideas that marked the cultural production of these decades (which flanked the widespread student protests of 1968) and challenged established art-historical narratives in the West. Transmissions is organized by Stuart Comer, Chief Curator, Department of Media and Performance Art; Roxana Marcoci, Senior Curator, Department of Photography; and Christian Rattemeyer, Associate Curator, Department of Drawings and Prints; with Giampaolo Bianconi and Martha Joseph, Curatorial Assistants, Department of Media and Performance Art.

Within distinct political and cultural contexts, artists from Prague to Bogota developed alternative and ever-expanding networks of distribution and organization, via Paris, Vienna, and Venice, to circumvent the borders established after World War II, local forms of state and military repression, and Western accounts of artistic mastery and individualism. Transmissions highlights multiple points of contact, often initiated and sustained through collective actions and personal exchanges between artists. 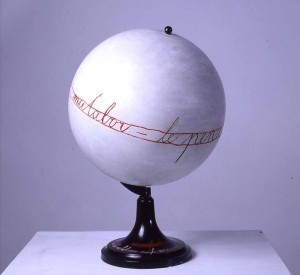