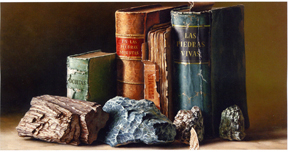 “Joel Besmar – one of the most reflexive, focused and agonized painters of contemporary Cuban art – has made the book a major thematic axis of his current body of work. In fact, it might better be said that this artist has succeeded in making us rediscover the mysterious meaning […]

Lee Waisler is a Los Angeles-based artist who paints arresting portraits of iconic figures using a rich variety of materials. For this exhibition, Waisler presents a global group of individuals from diverse disciplines, eras and origins. Among his subjects are renowned artists, literary giants and Hollywood luminaries such as Frida […] 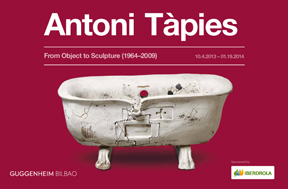 To commemorate the first anniversary of the artist’s death, the Guggenheim Museum Bilbao presents Antoni T àpies. From Object to Sculpture (1964-2009), the first comprehensive, in-depth survey of a fascinating facet of an artist who marked the second half of the 20th century. Sponsored by Iberdrola, the exhibition features nearly […]