Widely considered to be one of the top five cabaret venues in the country, The Colony’s Royal Room has scheduled an audience-pleasing line-up of performers for it’sWinter 2012 – Season 2012 Series.

Each of the cabaret headliners will perform 8:30 p.m. shows with doors opening at 6:30 p.m. for dinner. 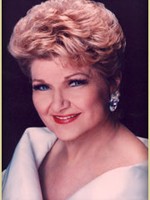 Marilyn Maye
Jan. 24 – Feb. 4
Marilyn Maye is the holder of the singer’s record (76 appearances) on The Tonight Show Starring Johnny Carson. Her career is a litany of honors, awards, and landmark achievements. Her hit songs include “Step to the Rear,” “The Lamp is Low,” “Sherry” and “If My Friends Could See Me Now.” Known as a “Singer’s Singer,” she has performed at New York’s Copa Cobana, The Living Room, Michael’s Pub, The Rainbow Grill, St. Regis, The Metropolitan Room and the legendary Birdland. This will be Ms. Maye’s fifth Royal Room engagement since making her debut at The Colony in March 2008.

Reviews of Marilyn Maye:
Palm Beach Daily News: “The island grew a little brighter as songstress Marilyn Maye, an irrepressible ray of sunshine, blew into town and took over the Royal Room at The Colony… Maye instantly set the scene for the evening, creating a party atmosphere with a group of freshly minted friends who came ready to have a good time… (Maye has a) thoroughly engaging presence that makes every song her own in a polished delivery that appears effortless. She drives home every heartfelt note and leaves the audience grinning from ear to ear.”
Stephen Holden in The New York Times: Marilyn Maye “combines Broadway brass and jazz scooby-do with such a natural feel for both that they become twin styles that you can hardly tell apart. Her voice is in remarkable shape: she folds Anita O’Day-style swing and chesty Margaret Whiting-like belting into a musical jelly roll with a bittersweet Judy Garland filling.”
The Hollywood Reporter: “The best all around cabaret singer working today.”
Rex Reed: “Marilyn Maye is a tenor sax … pure, out-of-this-world jazz, performed impeccably with style, and range, and class.”
Philadelphia Inquirer: “Calling her a cabaret singer is like calling Pablo Picasso a painter; it’s true all right, but it leaves a lot out!”
Actor/Playwright Charles Busch: “Watching her perform is nothing short of astonishing.”
Leslie Gray Streeter in The Palm Beach Post: “73 years in the business and still going strong. (Marilyn Maye’s) show is a party, not a performance.”