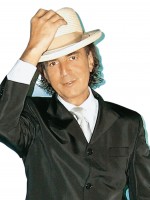 Visit Monaco and you expect to see glimpses of a Royal court of Europe in action, but this year Monaco offers the opportunity to see highlights from 20 Royal Courts of Europe in an exhibition which is the first of its kind. ” Fastes et Grandeur des Cours en Europe, continues until 11 September 2011 at Grimaldi Forum. The sumptuous deep and wide red carpet of course, at the entrance, is flanked by a long line of 20 guards of honor wearing uniforms drenched in so much gold embroidery that its hard to concentrate on the fine detailing and workmanship as it glistens and beckons you to enter a brightly lit oval atrium in the antique columned style where historic carriages form the central feature, appropriately as from here you are taken on a magical journey through the courts of Europe arranged not in chronological order, or in order of splendor but in a geographical sequence which lets you start at France and end at Monaco.

Each court has a separate entrance, each its own identical portico and flanked by columns, so each display shows the similarities between the Royal Courts, after all many were related by marriage, as well as politics. but also the uniqueness of each, here magnificent jewels sparkle, a diadem of diamond stars there the silver and gold fashioned by craftsmen, or splendid decorated porcelain, or lavish clothes and grand paintings. . We see that there is a penchant for sumptuous dining table decoration, lavish silver gold and gilded ornaments, vast table centre ornaments that would require an army of gardeners to keep them filled with flowers and even much of the porcelain is made to bear witness to the grandeur of the court. China that is painted with reminders of the Royals, not just their monograms, but a variety of scenes of their kingdoms over which they ruled. Even glasses for drinking offer an excuse for gold monograms. There are extravagant costumes, uniforms for the men, but equally the women’s dresses are uniforms whether long embroidered fantasies for court or even day clothes for walkabouts, extravagantly draped and jeweled – there is very little time for informality shown here – even before the rise of the paparazzi! The life of a Royal was seldom spent aware from the glare of attention. These clothes, and the detailing is as fantastic in the men’s clothes as the women’s, reminds us that these were clothes for the job, not exactly clothes for the office rather clothes of the office. Its the penchant for collecting art that is the nearest to a glue that holds these examples of Royal Collections together. Of course the courts did amass collections of art for art’s sake, but here we see art for goodness sake. Art to enhance the grandeur of the court, whether portraits of the Kings the Queens and Princes and Princesses, or their estates and achievements, all send out a clear message. Some of the paintings are well known iconic works. We are spoiled in the choice we have here and  its clear that the collectors seem to favor portraits of themselves and their families not just in the grand manner , but in the grandest manner!. Forget medicine cabinets, chopped up cattle, the essence of contemporary art, think scenes of triumph and the triumph of man whether on the battlefield, or triumph in the domestic scene, perfect pictures of landscapes without telegraph pylons and no litter, only perfectly proportioned trees and manicured landscapes,  houses perfectly placed in idyllic parks and gardens so fresh you can almost smell the extravagant perfumes of the perfect occupants even if they don’t appear on the canvas. When they do appear they stare imperiously as one would expect dressed immaculately. The clothes both painted and displayed show amazing workmanship and are a reminder that although its always been good to keep in shape for the men and the women here, the final flourish to their physique was not achieved by an extra hour spent in the gym or even an hour under the knife of a cosmetic surgeon, but apart from the attention of a host of valets and maids priming and preening, by the deft fingers of a band seamstresses and tailors  or the careful brushstroke of a court painter. But what helps make this extraordinary collection most memorable here (and apparently no exhibition has previously attempted this subject) is that for instance the actual jewels worn by Empress Josephine, the magnificent diamond and ruby set of necklace, bracelets, earrings even the matching “buttons” attached to the shoulders  are displayed in a case of magnificent jewels close by the portrait. And I mean magnificent, it seems like those rubies alone are large enough to pay off the debt of a small developing country, Then there in the Russian section we find a glamorous painting of a young Czar resplendent in his uniform, the white woolen jacket elegantly edged with sable and frogged with gold thread but its the diamond encrusted sword that glitters most. And nearby we see the uniform, but on a mannequin we also see how actually slim the figure is and as history showed us, how vulnerable even this sumptuous monarchy was despite the trappings of his position, but still the swords glitters to ever attracting our attention. Another court and another portrait and we are moved to wonder why the artist appears to have chosen to play down the magnificence of the diamonds in a black enameled bracelet in the form of a snake, which we see in another cabinet close by the canvas rendition.

Its worth remembering too that this is not just a sentimental indulgence, a fond look back to the past, its a fact that exactly half of these courts still exist, that is 10 of these European Royal State still survive and shine albeit with a nod to today each in its own way. .

Bringing you bang up to date is an exhibition at the Oceanographic Museum, nearby, where the sumptuous wedding dress by Armani, worn by Princess Charlene at the religious wedding ceremony in July 2011 with its yards and yards of regal silk duchesses satin and silk tulle alongside the uniform especially created  for Prince Albert 11 of Monaco, are on view in the Oceanographic Museum in Monaco, which has recently undergone a total make-over . As a bonus the exhibition including the eco friendly open topped car which sped the couple through cheering crowds from their wedding to the chapel of ST Devote where the bride famously deposited here wedding bouquet in the tradition of the bridegrooms mother and subsequent Monaco bride, is also on display with many other photos and memorabilia, until November 22 2011 And nearby the ceremonial changing of the guards takes place at the Place du Palais – incidentally where the marriage of the Prince took place – every day at midday, and its free and there is no need to book! u 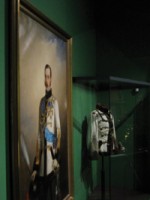 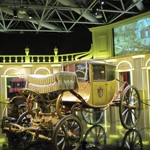